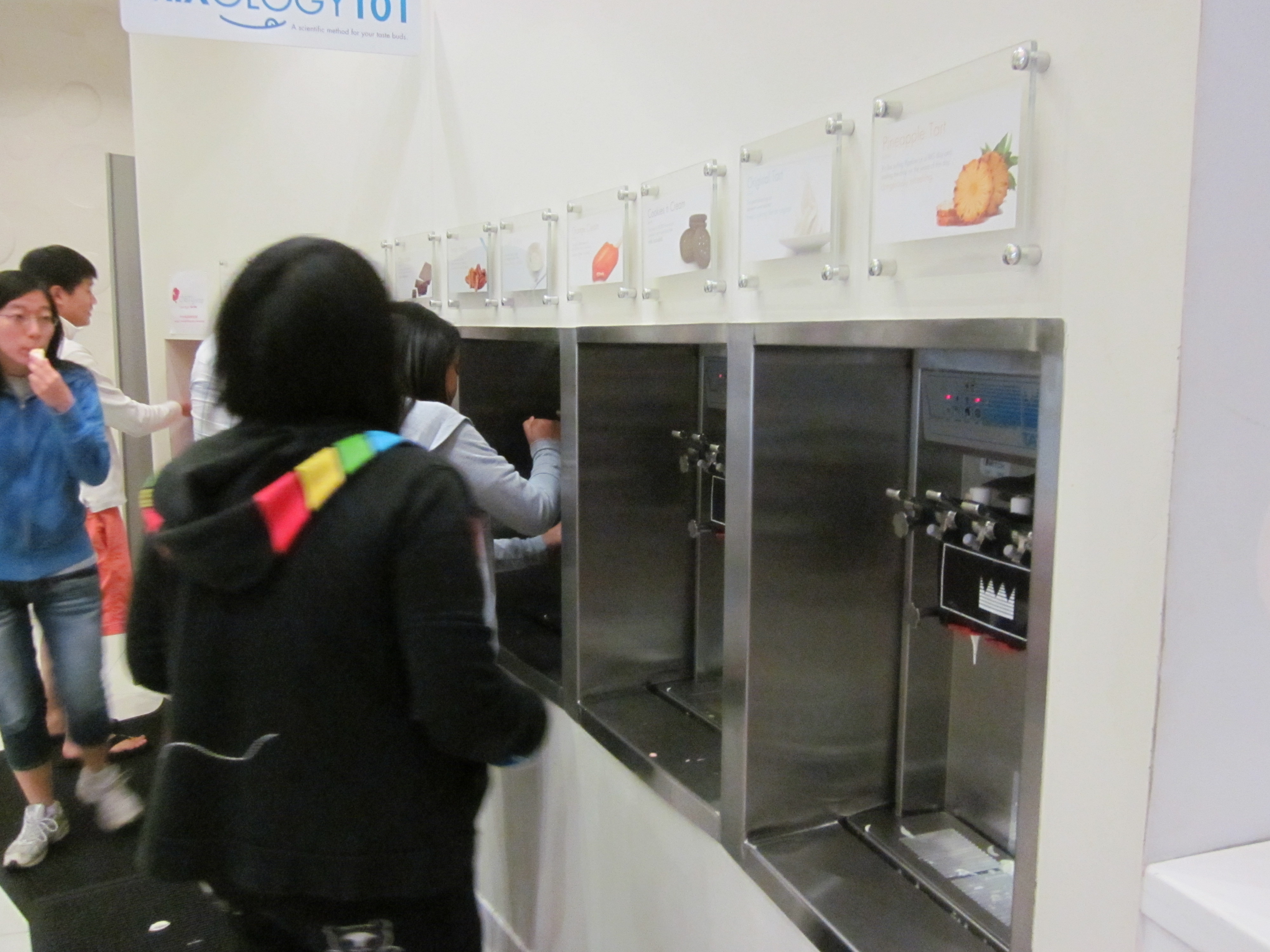 A lot of my friends left Thursday or Friday, but there are quite a few who still stayed. It feels quite strange to have the house so much quieter, and have less people wandering into our room at random times. It’s also a lot less convenient since we have to find food for ourselves for the next 1.5 weeks since we don’t get dinner or money to use at the convenience store. Sarai finished up her last final on Thursday, and we went with a couple of our friends to Tea Spots. It’s a rather popular place that Caltech students go to for boba or shaved ice since it’s only a 10 minute walk away. There are better boba places around, but not within walking distance, and unfortunately we don’t have a car :( Another popular place Techers go to would be Cherry on Top, an awesome frozen yogurt place. It’s like Pinkberry except cheaper and better. They always have a large variety of flavors which change every week. A group of us went over on Friday, and they had flavors such as Pineapple tart, cake batter, pecan praline, as well as more original flavors such as tart and vanilla. I always go for the tart flavors, flavors like chocolate and cake batter are more befitting for ice cream…

They also have a lot of toppings. They have things like chocolate and syrup, which, again, to me, are more for ice cream than froyo, for which fruit toppings are a lot better!

Spring break is a great time to make trips to places that you don’t quite get to during the term. On Friday, Sarai, Carrie, Albert and I went to Huntington Library and Gardens, a beautiful place! I’ll write more about that later. Since we have to fend for ourselves for food this week, Sarai and I walked to Arcadia again for 1.5 hours. More on that later too… :)

While James built his computer, Albert, an awesome photographer, set up his pro camera to take a picture of the building every 10 seconds and then put together the pictures into a video which you can watch here. It’s pretty amazing :D He spent quite a bit of time on it, and you can see a lot of people walking in and out of the room to watch him work.

(Please don’t kill me if you read this, James :P)

You can also see Sarai in the mirror, lol. Oh, and there’s an High Expectation Asian Father picture on the door that says: “Got into CIT? What about AIT?” Ahahaha…xD Yup, that’s it for now :) I’ll post about Huntington and Arcadia soon. I don’t know if I’ll be out much next week since it’s going to be rainy :(