As a member of the Caltech women’s soccer team, I was expected to move into the dorms in August for preseason training. My family came to California with me for a week-long family vacation, but unfortunately, my sister had to be home for work a few days before my official move-in date. So, my loving family dropped me off with some family living nearby and said goodbye for the next 4 months.

A few days later I officially moved into college. While I was staying at my aunt’s house, I met another freshman girl on my soccer team. Neither of us knew where we would be living, so we looked up some images of Caltech dorms online. We found one image of a “sky-bed” that looked like a death trap. We both erred on the side of uncoordinated, so neither of us trusted ourselves not to simply roll off the bed and fall 6 feet to the floor. We both agreed that we were desperate enough to beg for anything other than a sky bed for our dorm. 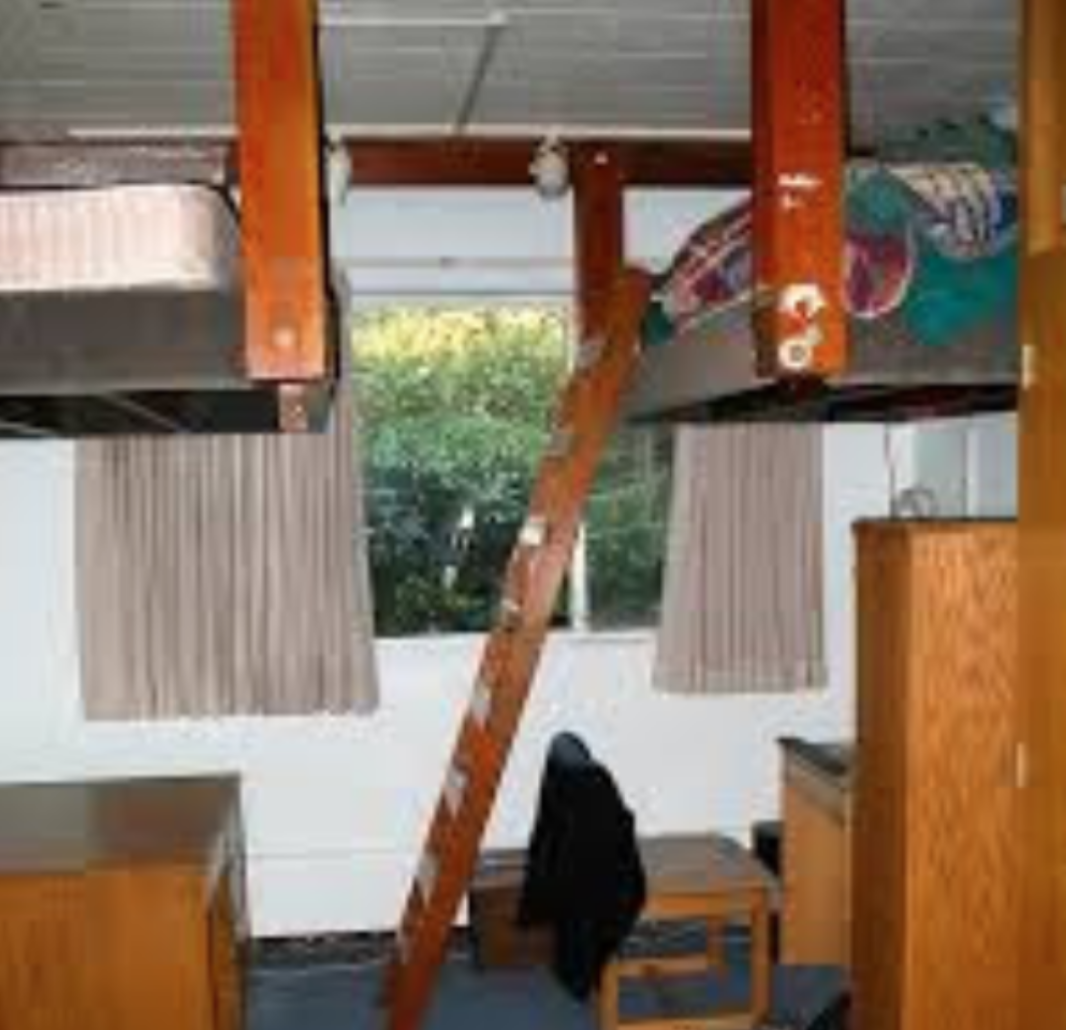 The next day, we were given our room assignments. A few of the soccer freshmen were assigned to the same building, so we all went to search the rooms together. The first room we found belonged to two of my teammates, and it had bunk beds on the floor. I was cautiously optimistic, thinking perhaps my room would be similar. A few minutes later, I arrived at my door. I anxiously put in the combination sending in a last prayer that I would not be sleeping in the air.

Of course, I ended up with a sky bed. My room was known as the “president’s suite,” and to my new roommate and I, it felt cursed. The sky beds themselves were a risk, and we both spent the first night huddled to our respective walls, scared that the smallest movement would catapult us off the bed. In addition, we had a large, beige couch of questionable cleanliness, and the sink was painted blood-red. To top it off, there was a window in our door covered by a see-through curtain. It seemed hygiene and privacy had not been a past priority of our room’s inhabitants. 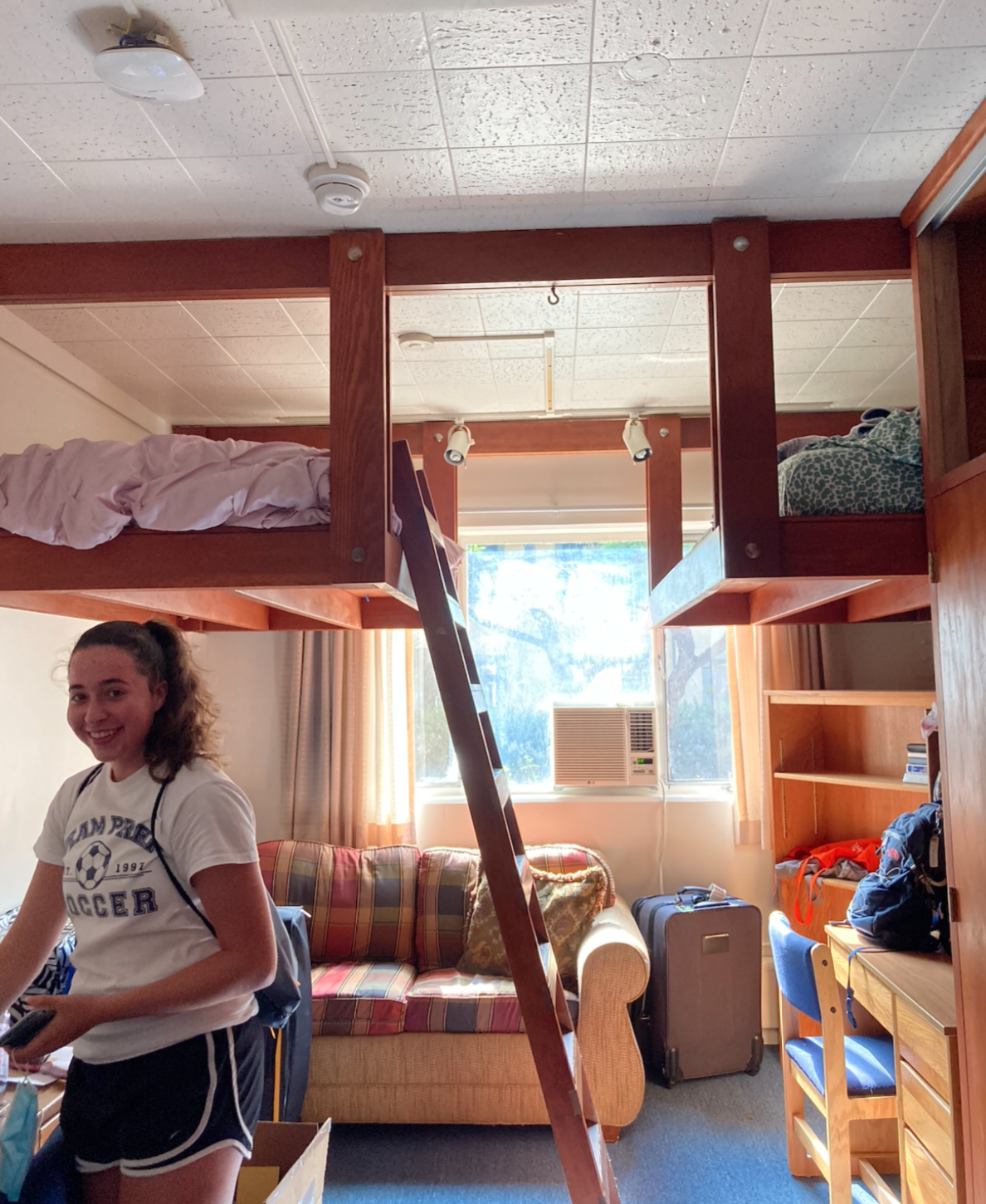 Now, back to soccer. The next day we immediately jumped into hard-core training. To preface, I had been injured for most of the summer, and I was not quite prepared for the conditioning needed for college soccer. My coach decided that to adequately prepare us for the season we need to adjust to playing in game-like conditions. By this, she meant checking the weather forecast and scheduling practices at the absolute hottest part of the day.

By the end of the week I was exhausted. Every part of my body hurt from the double soccer practices each day, my face was burned from sun exposure, and I was always sleepy. I had not yet mastered the Caltech motto, “sleep is for the weak,” and I was still trying to get my nine hours of sleep each night. I was also trying to be cost-effective, and I had been cooking most of my meals. Caltech pays for athletes’ housing during preseason and gives them a stipend for food.

Thankfully, Brown dining hall has a special “athelete’s meal” where you could get two entrees, a side, and a drink for $8.50.

Nonetheless, preseason is a special time. Athletes are able to live on campus and experience Caltech without any of the academic pressure of school. I spent my days playing soccer and my nights and weekends having fun. As a team, we took a trip to the beach and went bowling. At karaoke night, a few members of my team attempted to sing Bohemian Rhapsody. However, unbeknownst to them, the only version available was the Muppet one, so the rest of us were blessed with six minutes of “me me me me” and “gah gah gah gah.” We also took a trip to explore Griffith Observatory. Due to traffic, my group was late to the trip, so our hike up to the observatory was led by an upperclassman sprinting up the hill screaming “MOVE FASTER” at the scared freshman. Needless to say, we got up there in record time.

Outside of soccer, my friends and I used the summer as an opportunity to explore the off-campus life nearby. We took a day-trip to LA, saw Rodeo drive, explored Hollywood Boulevard, and watched a sunset in Beverly Hills. We took over the house lounges and had movie nights and played card games. We met the other fall athletes and organized pool and ping-pong tournaments.