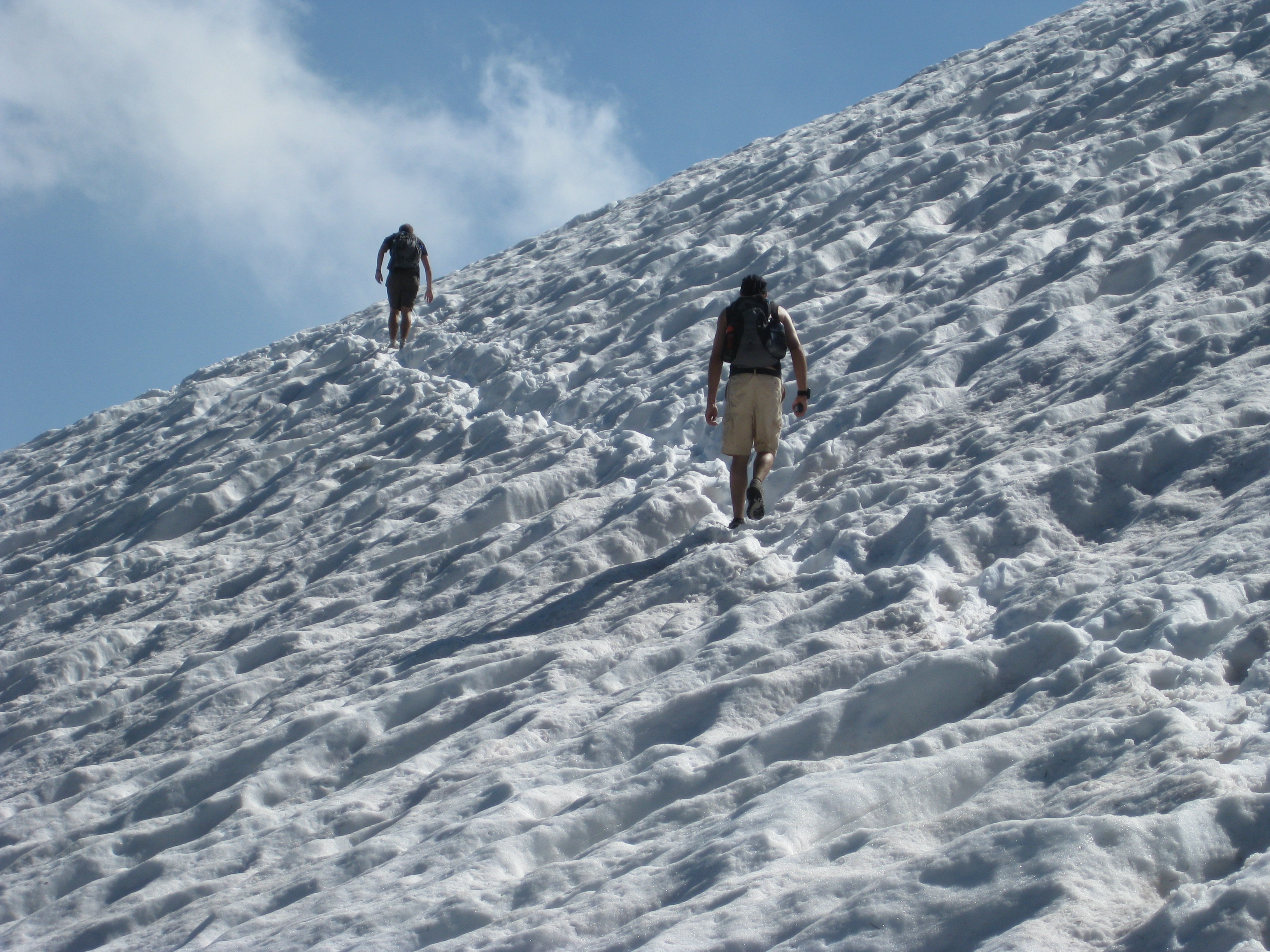 There’s a ton of venues for hiking in the San Bernardino mountain range just north of Pasadena. Some trails start just 20 minutes from campus, up by JPL. However, if you’re looking for an adventurous all-day hike, with snow to trek through in the summer, the remains of a 1950s plane wreck along the trail, and a higher summit than any other place in Southern California, the place to go is San Gorgonio Mountain in the San Bernardinos, about a two-hour drive from Pasadena. I went there a few weeks ago with a group of friends, some of whom you can see in the picture above. We were surprised at how much snow was still on the mountain! We left Pasadena at around 9 am and started on the Fish Creek Trail, which has about 3,400 feet of elevation gain, at 11. Every so often we would run into other hikers on the trail, but there weren’t as many as I would have expected for a weekend.

San Gorgonio Mountain has been the site of a few tragic plane crashes over the years. A couple of hours into our hike, we came across the remnants of the Douglas C-47 Dakota that crashed into the side of the mountain in 1953. Most of the plane is still there, as you can see from the picture above, which is part of a wing. Below is one of the propellers.

We hit several large patches of snow along the trail, as you can see in the picture at the top of the page. I was fascinated that the snow wasn’t melted, because the sun seemed to be hitting it pretty directly, and the temperature was probably in the high eighties. The snow crossings were the most epic and dangerous part of the hike, because if you lost your footing you would probably end up sliding quite a ways down the mountain.

And here’s the view from the summit, at 11,502 feet! The mountains in the background are the at the same elevation as ones behind Beckman Auditorium in my previous post; since they seem so high from the ground, it was crazy to have to look down to see them.

It was 5 pm when we reached the summit and 11 pm before we arrived back at our car. Despite losing the trail for a brief period on the way down (it was dark out, but fortunately we had a GPS and could collectively make a good guess about which way to go), we made it safely back to Pasadena.

Next time I’ll talk about food…yay!