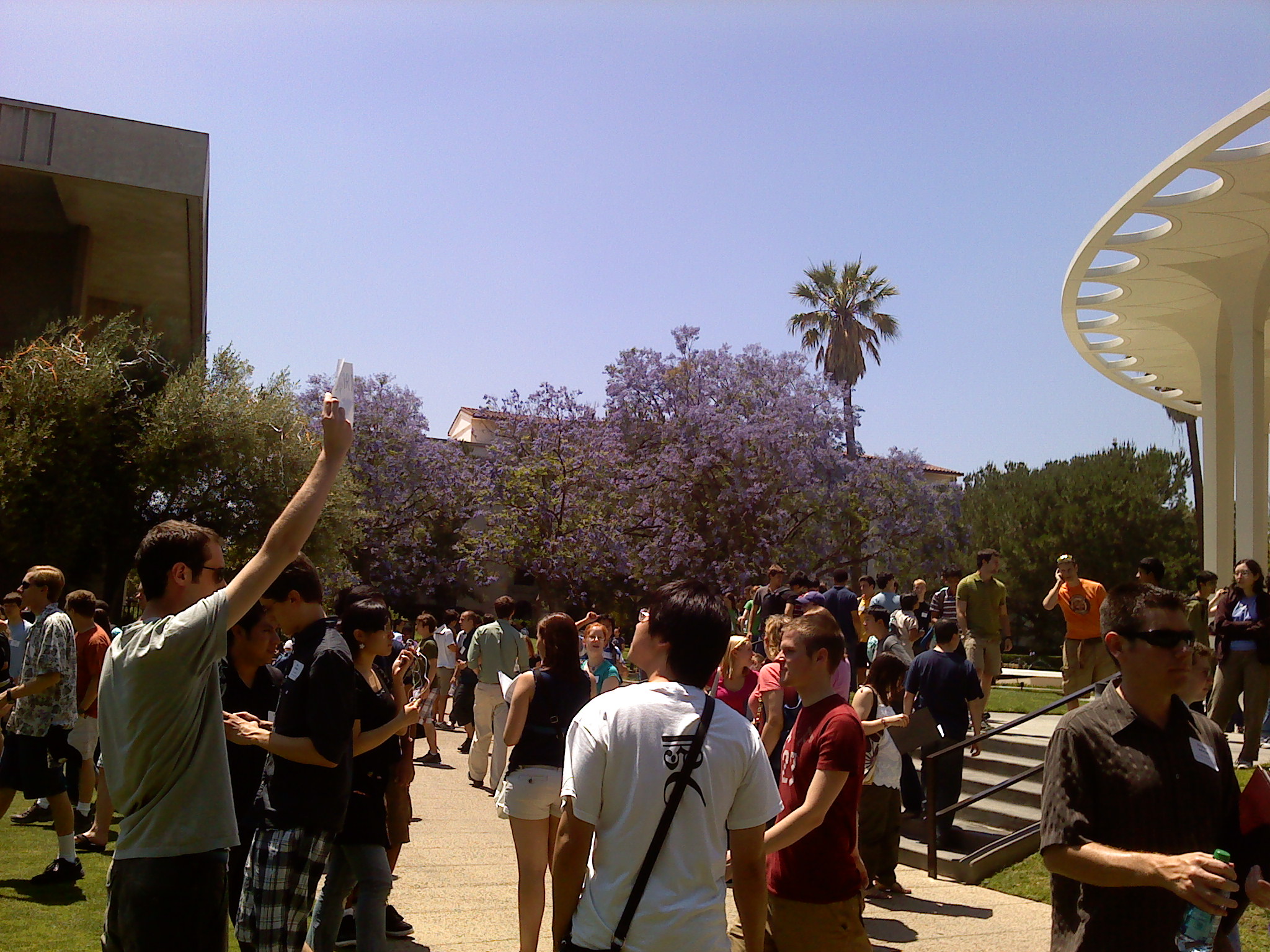 Summer's here! and so is SURF!

The school year is finally over, which means summer is here! It’s time to relax, have fun, and forget about all the worries of school, right? Well, sort of. Every year, Caltech students trade in their summers for something even better…research! Nerdy? Maybe. Valuable? Extremely. Here at Tech, we SURF. As I’m sure this will be explained at other places, a SURF is a Summer Undergraduate Research Fellowship. It provides a great opportunity for undergrads to perform research during the summer and is really a great way to start developing contacts and get in some valuable lab time.

I'm a biology major and proud of it! Biology has always been my best subject and coming into Tech, I knew it was the “option” for me. In particular, I like genetics. I don’t know that much about it, but it’s crazy to think that our entire bodies are made up of proteins which are transcribed from a sequence of just 4 nucleotides. Actually, it’s almost unfathomable. Coming out of high school, it became my goal to someday get my Ph.D. in genetics and help find the cure for something. Honestly, I’m not sure for what. But, having meaningful research that can help save lives is probably every scientist’s dream. This summer I’ll be one step closer to this dream and will be working in a genetics lab! [I know this paragraph makes me sound like a nerd...this is why I came to Tech..wooo!]

(Okay, I understand that Tech has some other people…like…uhh…math and physics people. So, if you want to skip the biology descriptions, you can skip the next two paragraphs to the part that I talk about non-bio stuff. But, being that this blog will talk about my progress, it would be a bit helpful to get the jist of what I’m doing. Plus, bio is fun and interesting!):)

This summer I’m working on something pretty cool (or, at least I think so!) One of the things my mentor, Bruce Hay, is working on in his lab is getting rid of malaria. But, the way he wants to do this is by replacing the wildtype mosquito population with one that cannot contract malaria. This seems like a fairly easy thing right?—especially since we already have a cure for it and all. Well, the problem is that a mutant will almost always have a lower fitness than the wildtype. So, if the mutant is introduced into the wild, it will not survive. The way that the Hay lab is getting around this is by using a gene drive system. A little while ago, the Hay lab created a system that worked extremely well and could remove the wildtype population in a few generations. The only problem with this was that if this system were to actually be implemented in the wild, and something went wrong, then it would practically be irreversible. This summer, I’ll be working with a different gene drive system called underdominance. An underdominace system is better, in some respects because it is hypothetically reversible.

Getting rid of the wildtype population probably won’t happen for quite some time, but this summer I’m making one of the first steps to achieving this goal; I'll be making an underdominance construct and testing it in Drosophila(fruit flies). In this construct, there are two main alleles, call them gene A and gene B. Within each gene, there’s a lethal toxin. The only way to “cure” this toxin is by having a species with both genes A and B. When they come together in the same genome they activate a rescue, which saves the species.(Each allele contains different proteins, whose domains come together to activate a promoter to a rescue.) So, a species with genotype AB would survive, while some AA or BB would die. Same thing goes with WT genotype ++. An A+ or B+ genotype would also die. So, a mutant that mates with a mutant will produce 50% viable offspring. But, when a mutant mates with a wildtype, it produces 0% viable offspring. And what’s kind of cool is that there’s a threshold, where if you put a certain amount of mutants in the population, it will overtake the wildtype population. This underdominance system, like I said, probably won't beimplementedfor a while, but it's still kind of cool to start it off.

Well, enough about my project. Here’s a little bit about what's been happening at Tech.

Wednesday was orientation day. There was a check-in, an orientation, and a dinner...a FREE dinner.In college, free food becomes your best friend. And trust me, this food was pretty darn good.

Right after our group photo. (I was late! so I didn't actually get to take one of the entire group..but trust me..there were tons of people!)

Dinner. Once again, lots of people.

Before coming to Caltech, I had never hadMediterraneanfood. But, after eating Greek food at that dinner, I had raised my Mediterranean food count to 4 or 5! Om nom nom.This now brings me to my next topic. Food. It had to be covered sooner or later...I'll make it short, but sweet. There are tons of places near Caltech that are within walking distance.There's a Subway, Chipotle, Corner Bakery, Rubios, Panda Express, Carl's Jr., Jack in the Box, McDonalds, and tons of other places. And if you're willing to walk a little more, or know someone who can drive, your options are basically limitless.

On aside note, here at Tech, I've also been able to eat lots and lots of Asian food. So, here's the deal. I'm Mexican. And basically the only food I ever ate back home was arroz, frijoles, and carne asada. (Well, obviously I ate other stuff...but my mom made this stuff pretty often). Now that I've come to Tech, I've been able to eat lots of non-Mexican stuff. I've had authentic Chinese, Japanese, Thai, and Vietnamese food.As you might have guessed, I've also perfected my chopstick using abilities! I've even asked for some of my friends for very own pair of chopsticks for my birthday. :)

Okay, I think that about does it. But, next time I definitely need to tell you guys about what happened on my first day in lab...let's just say falling asleep during my first lab meeting and killing some flies isn't the best way to make a first impression!

P.S. I suck at remembering to take pictures. But, I'll try to take more before next time!