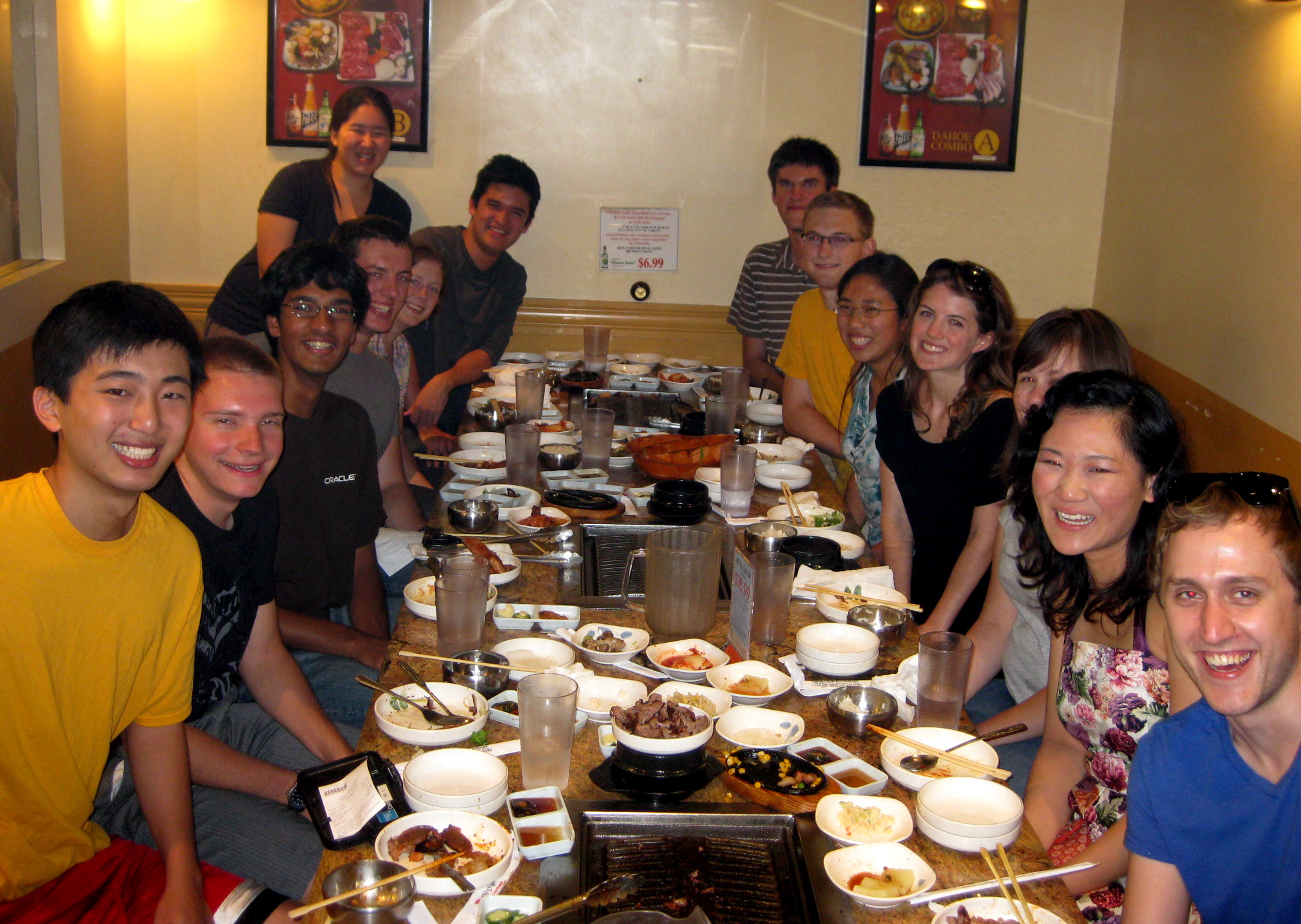 The Art of Aging Gracefully

Hello everyone! It’s post-Rotation week, and everything is slightly less crazycakes as a result. Now seems as good a time as any to start blogging!

Basically, I’m a pretty freakin’ old lady. I turned 22 on September 23rd, a birthday I share with such wholesome folk as Augustus Caesar, Ray Charles, and William Halsted (brilliant surgeon, but unfortunate habits). I celebrated by visiting Europane, a cute little bakery that actually has two locations within walking distance of Caltech (try their hazelnut macarons!), and later Tahoe Galbi, a Korean BBQ joint in LA’s K-Town. I was fortunate that a bunch of Lloydies had already returned to Caltech that week: I had lots of company! Which is a good thing, because I doubt I could have finished all that bulgogi, squid, “shoulder-butt,” and pork belly on my own.

Still, as fun as the day was, it makes one a bit worried about the future that lies ahead. I made the decision in junior year to apply my upcoming B.S. in Biology towards medical school rather than pursuing biomedical research in graduate school. There are many tl;dr reasons why I made this choice, but it basically came down to finding my “niche.” Now, I’m waiting on the word of over twenty schools this term. . . gulp!! My first interview was last Monday at Washington University in St. Louis, and all the wrinkle-free suits and shiny pumps in the world would not completely allay my fears. Still, I’m thrilled that interview season is starting this early, and I’m looking forward to sharing some good news on this blog in upcoming weeks! :) I currently have six interviews lined up for the next couple months.

Nostalgia (and/or “OMG I’M SO OLD”) also often goes hand in hand with birthdays. Luckily, I took pains this summer to pursue a number of opportunities to get the most out of what might be my last summer at Caltech. I definitely feel like I’ve grown immeasurably more mature here, and I’ve learned to seek out those things that I love.

I. A New Addition

This year, my boyfriend – a 2011 graduate in EE – moved to El Segundo to pursue a full-time job at Raytheon. He joined two other alumni, and they pooled their funds together to rent a pretty freaking sweet apartment. I may or may not have convinced him that he should add a kitten to the mix in order to be try taking care of another living thing. So: two weeks later, we found a little eleven-week-old guy by the name of Hobbes! I am an official co-owner, though he lives in El Segundo and I only see him about once a week. (Oh yeah, and my boyfriend lives there too. . . )

Also among my exploits this summer were visiting the LACMA (LA County Museum of Art), the Getty, and concerts. I used to be incredibly into art and music before coming to college; although that has waned somewhat in the face of all my other responsibilties, rest assured that I find ways to indulge that side of myself whenever possible. It’s pretty easy to pursue your other interests when you’re near such a diverse city as LA!

I think the most exciting (if thoroughly disorienting) concert I attended was probably Deadmau5 in the Hollywood Palladium. Being in the midst of the dance floor was pretty intense. . . check out the video to get an idea!

I won’t spend too much time on this point for now (perhaps I’ll come back to it in another post), but I spent two weeks in Okinawa, Japan for the SanPietro Travel Fellowship. The crux of the fellowship is to perform exotic travel, that is, to challenge one’s boundaries. There are no limitations on country chosen. Ultimately, it was an incredible trip and Techers should realize how lucky we are to have so many opportunities available to us here. What other school throws $3000 at a student to go chase her dream of learning about a new culture, perfecting her Japanese, and exploring a beautiful chain of islands?

IV. And everything in between. . .

What else can a Techer get up to during the summer, you ask? Well. . .

And with that, it’s time to hit the books again! Until next time