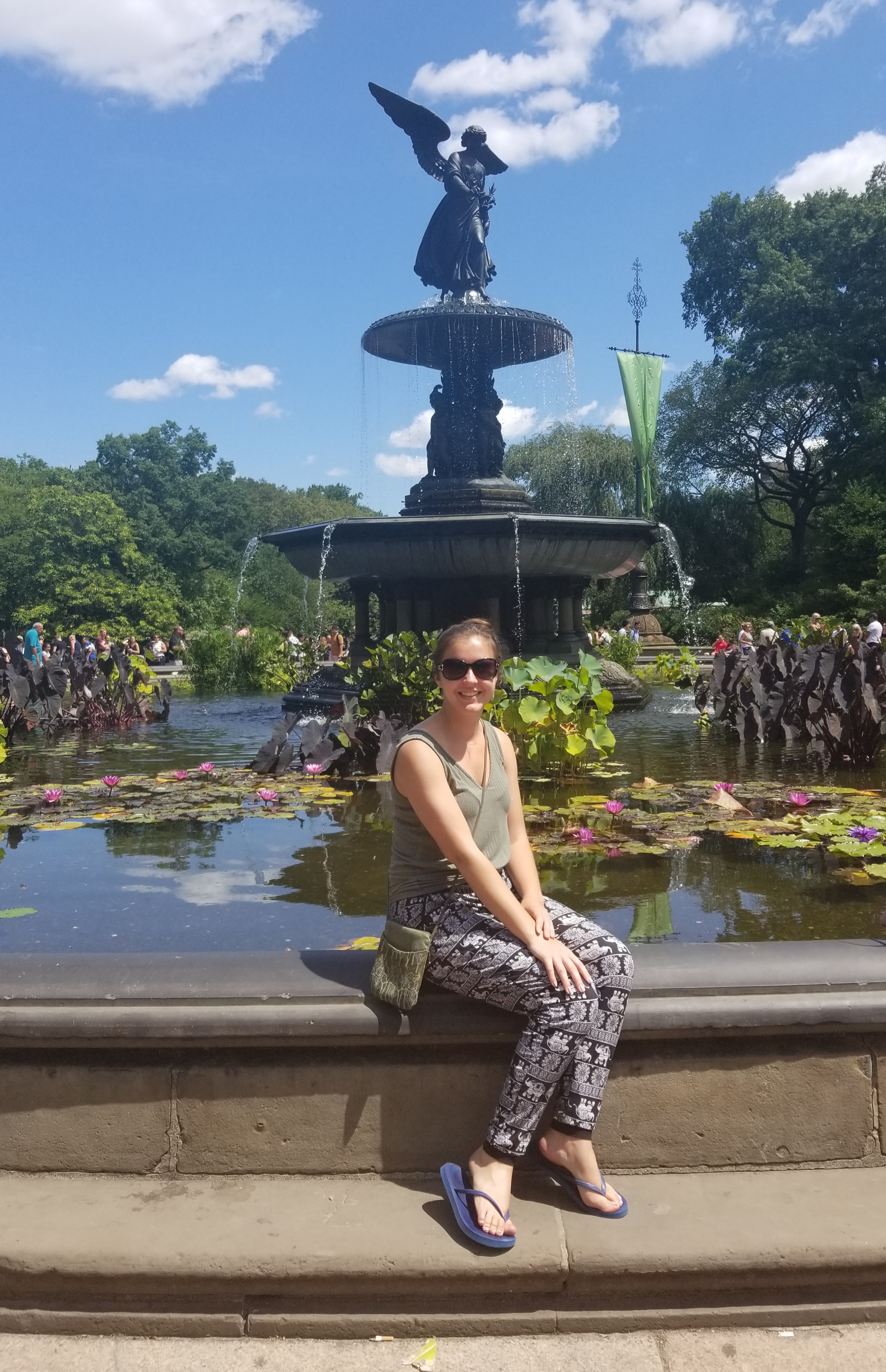 The City That Never Sleeps

Last weekend, another Techer and I drove down to New York City to spend a weekend visiting friends, seeing the sights, and eating food of course. Being that I am originally from the Midwest and go to school on the west coast, this is my first time really seeing the east coast and my first trip to New York City. We met up and stayed with a recent Caltech alum who generously let us sleep on her couch for the weekend. We arrived pretty late Friday night and just took the night to enjoy some Thai food and relax before a full day on Saturday.

Saturday morning we took the ferry from Jersey city where we were staying and grabbed some crepes and coffee for breakfast. We walked past the World Trade Center and headed to Chelsea market. Chelsea market is this urban food market and shopping center with a kind of old brick building vibe. The variety of food in such a small place was amazing and they even had a flea market section where local artists were selling various goods. From there we walked to the High Line, an abandoned railroad elevated above the west side of Manhattan that was converted into a park/walkway with a nice view of the city. Afterwards we headed to the water to take a ferry past the Statue of Liberty. No we didn’t actually go to the statue of liberty because it cost money and would’ve taken several hours, so we instead took the free Staten Island ferry which goes right past. By that time, we were starting to get hungry and headed to Times Square to meet up with a few other friends from Caltech. We grabbed some Ben and Jerry’s ice cream then went to walk around Grand Central Station. Then we found this really good but kind of pricey ramen place called Nippori. Then we walked across the Brooklyn bridge, took some nice photos, walked around Brooklyn for awhile, admiring the nice view of Manhattan across the river (see photo below) and then headed in for the night.

Sunday morning, we decided to walk around Central Park for a few hours. Central park is such a weird experience because it’s really an enormous park, but you can still see skyscrapers beyond the line of trees, the only reminder that you are still in the middle of the largest metropolitan area in the country. It was an absolutely gorgeous day, but quite hot. Seeing all of the people riding bikes and running made me wish we had a longer time to enjoy the outdoors. Below is a picture of Bethesda Fountain which is towards the northern end of the park. After central park, we went back to Times Square one last time, so I could go to M&M world where I tried some coffee flavored M&M’s and some coconut flavored

M&M’s (both of which were absolutely delicious). Then it was back to Boston for another week of working in the lab. It was such a short trip but a crazy, wild adventure. I definitely wish I had time to go back and see more of the museums and maybe see a show on Broadway rather than just briefly hitting all of the sights. Even so, I’m incredibly glad I had the chance to experience the city that never sleeps (though I did squeeze in a few hours).