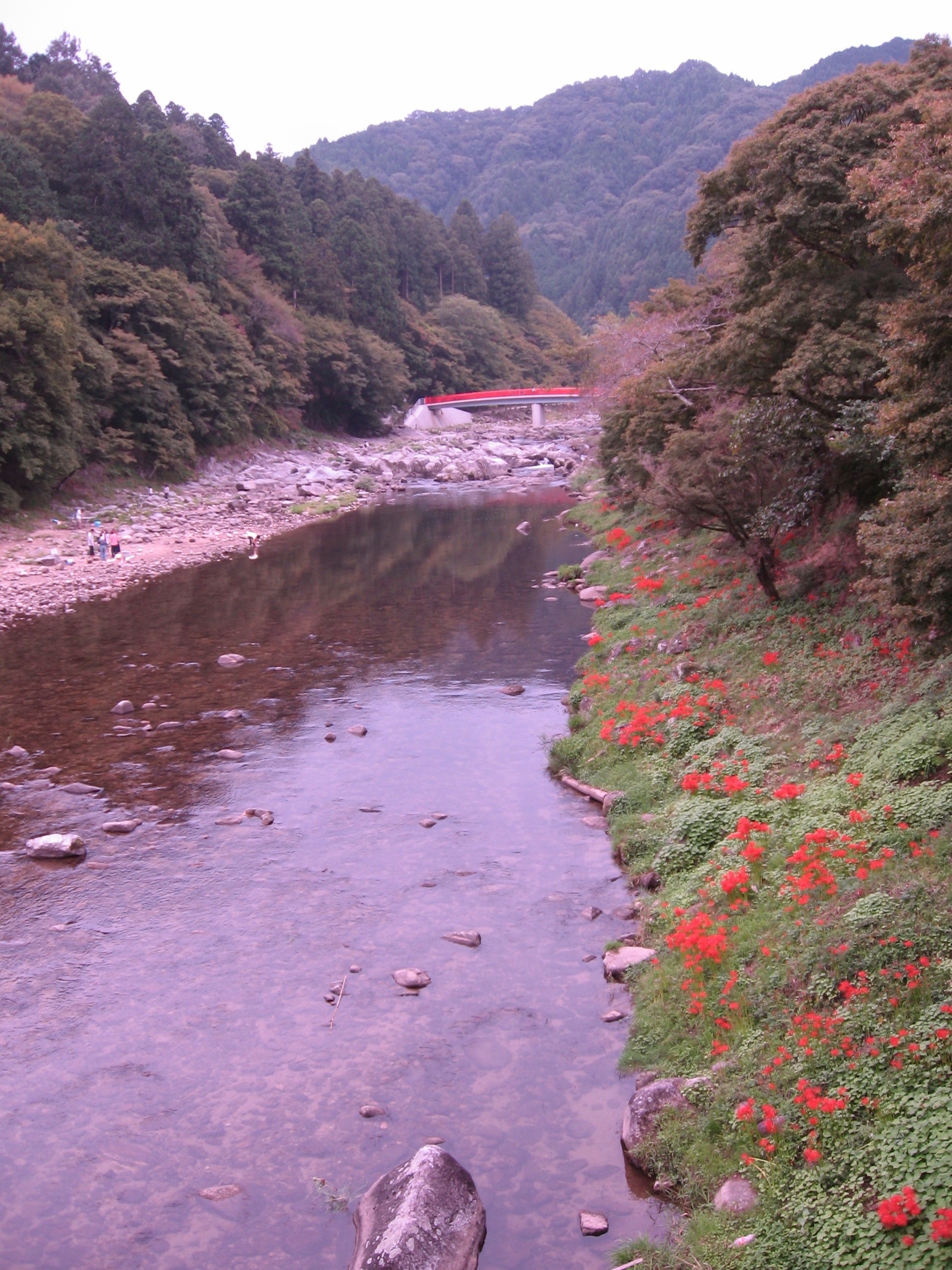 The End of Days in Japan

Well, this was my last day in Japan, and so the teachers took us to a remote village in the hills of Aichi to relax and just wander around. There were large forests, a big river, and small hills to climb. Overall, a great place to end my trip to Japan. It was also refreshing to get the crisp mountain air along with the ambiance of the river at the same time. In the autumn, this place is really popular to come see the changing colors of the trees. I hope that someday in the future I’ll be able to return here in the autumn. In addition to just relaxing and walking around, we were able to create coasters made out of hand-shaved bamboo. These were pretty cool and very fun to make as well.

So if you’ve been following this blog for a while, you must have realized that everyday was spent doing something of some importance, even the weekends. With that said, I definitely was able to experience the culture of Japan at a basic level. Also, since I didn’t choose to live in one of the large cities like Tokyo or Osaka, I was able to go places and do cultural activities that most foreign visitors would never think of going to or doing.

Overall I had a great time with the JLCP program and in Japan in general. The teachers in the program were great and very helpful as well, and I also made a few very good friends that I’m sure we’ll be keeping in contact in the future. Japan itself is a very unique country with a very unique culture and I hope that in the future others in America will be able to experience some part of this culture as well. It is both interesting and fun at the same time, yet there are so many different aspects of it that you could spend everyday in a year doing something different in a different part of Japan and never get tired. Needless to say, while I was in Japan, I experienced many different aspects of Japanese culture and I visited many diverse places as well. This section attempts to tie all of that together along with my own thoughts and analysis on how Japan works.

So what exactly makes Japanese culture work the way it does? I really still am amazed. In the large cities there are huge buildings, and then beautiful shrines and gardens right next to those buildings. In small villages in the mountains, they have preserved their culture well, but also have things such as hybrid cars and automatic toilets. I think that it’s the people themselves who have the correct mindset of both forward thinking and preserving their heritage. This is because I find that although Japanese people are very humble and nice, they are also extremely proud of themselves—their country and their race. Thus, they strive to be the best, as a people in whole, in all future endeavors. They also treasure the past and the lessons that have already been bestowed upon them by their elders and ancestors. Thus, this great mix of both forward thinking and preservation is what sets Japan apart from the rest of the world. Nowhere else in the world possesses such a culture, and I feel that many of the other cultures in the world would not function too well if pressed into a similar type of mindset as the Japanese’s. So Japan, land of the rising sun, is truly the land of both the rising sun towards the future, and the setting sun of the past. What’s certain, is that Japan is a beautiful country with a mixture of majestic mountains, large cities, seaside villages, beautiful beaches, and wonderful people all surrounded by the ocean. What an experience in such a great country. I hope that someday in the future, I’ll be able to return here. And next time, I’ll at least have had some experience with the language as well. I hope that you’ve all enjoyed reading this, until next time!