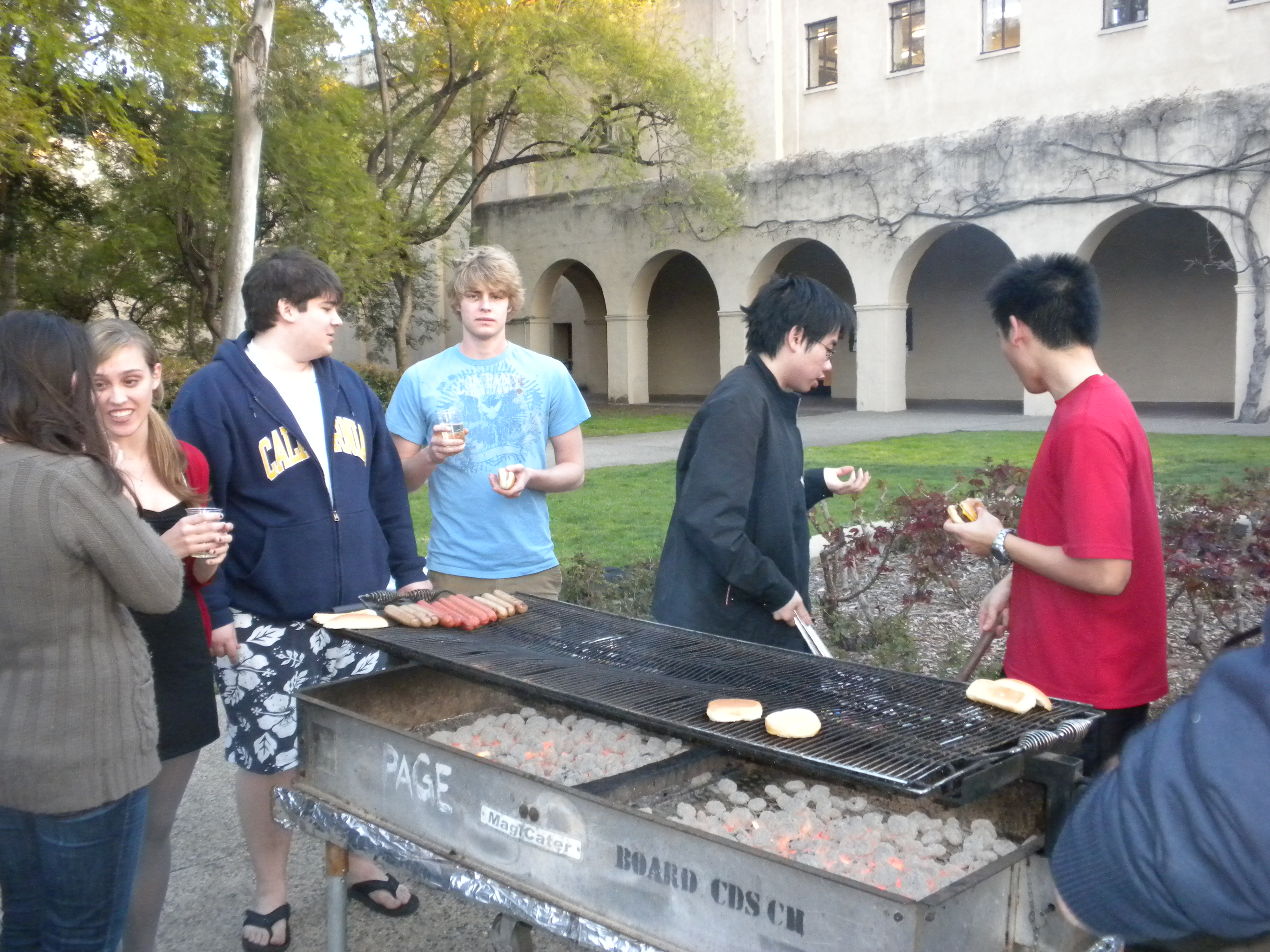 Last Wednesday was the last day of classes for the Winter Term but that doesn’t mean we can all relax! On the contrary, it means that stress levels are about to reach a climax! Of course, if you’re wise and if you’ve been working hard all of term, Finals Week should not be a nightmare for you. However, just the idea of Finals and of finally finishing another Caltech Term is already pretty exciting. At Caltech, almost all of our exams and quizzes are take home. This means that when you are handed your assessment, the first thing you see on the cover is a due time, due date, location of the drop box and how much time is allowed for the exam. Fresh out of high school, this system was quite new to me but now I really appreciate it.

In the center is Junior Ryan Newton leading his team into second place (I believe). His robot is the one on top of the ramp blocking the other robot from getting onto the platform.

I’ve also received some news: last Saturday I decided to audition for our Musical and I got a part! It’s not a big part at all, but I’ve never been in a musical myself before and I’ve never taken a formal singing lesson. At the audition they had me read some text and sing a song I’ve never heard before. I’m still finding it hard to swallow that I’ll be in a musical. I’ve wanted to do this a lot in High School but there musicals were mainly for those who could devote a lot of time to the process and less time to studying. Here everyone is studying so everyone puts in however much time they can and want into things such as musicals. The most amazing thing is that Caltech extracurricular groups end up being rather good despite that performing arts are far from a major for anyone here! Well, back to studying! Cheers and good luck to you all waiting for the Caltech response! –Nina