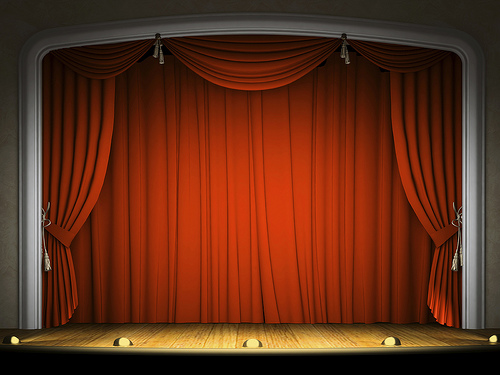 The Merry Wanderers of the Night

…The sheer unadulterated stress! Thespians are alive and well at Caltech, and never more so than now, the last week before our drama group, TACIT, performs A Midsummer Night’s Dream, one of Shakespeare’s many comedies. The last week in drama productions is known as Hell Week, and depending on your roll you could run obscenely long hours on your production. Lead actors basically dedicate all their free time to the play during this week. As such, the courtyard outside Ricketts is being used every night for rehearsals of the famous play. The heads of the production crew run them ragged (for good reason, mind you, but still) in order to get the play ready in time. Which is actually quite funny, both from my perspective as someone not in the drama club (I bear a charmed life, really) and as someone who knows that AMND has a botched play in it. Welp.

If you have tears, though, prepare to shed them now: TACIT is in a bit of trouble, from what I’ve heard, recently, due to time constraints. They couldn’t do one of their big productions 3rd term, from what I heard. Still, they carry on, and some of their productions are quite good. They do everything from the classics all the way to modern plays written maybe a few years ago.

Still, we have plenty of people interested. The golden age is before us, not behind us, really. Just look at the amount of work. The sheer number of undergraduates and graduates interested in the play right now is astounding, and hopefully when next year’s class comes in we can advertise to them properly. By we, I mean them. Because I like my free time.

I kid, I kid. It’s a good club, and I almost auditioned for it, but I joined other clubs, and they can lay claim to my time if need be. But in the end, there’s something, well, magical about the stage. There’s this certain thrill, either on one side or another that comes with someone being up there, making a world of their own. There’s little changes, little differences in interpretation, in the expression of the art, but in the end the core world still stands. You get this feeling that this world existed before the play and will continue afterwards, until called upon again.

And what worlds that stage could make! Easily the same expanse of floorboard can be a forest, a castle, a bedchamber, a bloody battlefield, a quiet dining room, a hospital, anything that man could imagine. Oh, sure, we learned how to make the stage different. We made the stages spectacular, we started to record the stage, selling tickets and popcorn to millions of people who come to see them, with triumphant music and breathtaking effects…but it’s still a stage, of a sort. It still has that magic. Each performance has that magic, is a creation of that magic. It takes its players and makes them someone, something else. We know what we are, but not until we’re on the stage do we know what we may be.

…whew, alright. That was…long. I miss the stage :p Ah, but that’s another story for another time. A story I WILL tell, however, will be a followup to the play. Once the actual production occurs, I’ll try to get you guys a post up about it. We’ll see what happens, and it should end up being pretty good either way.

If this shadow has offended…well, you know the rest.