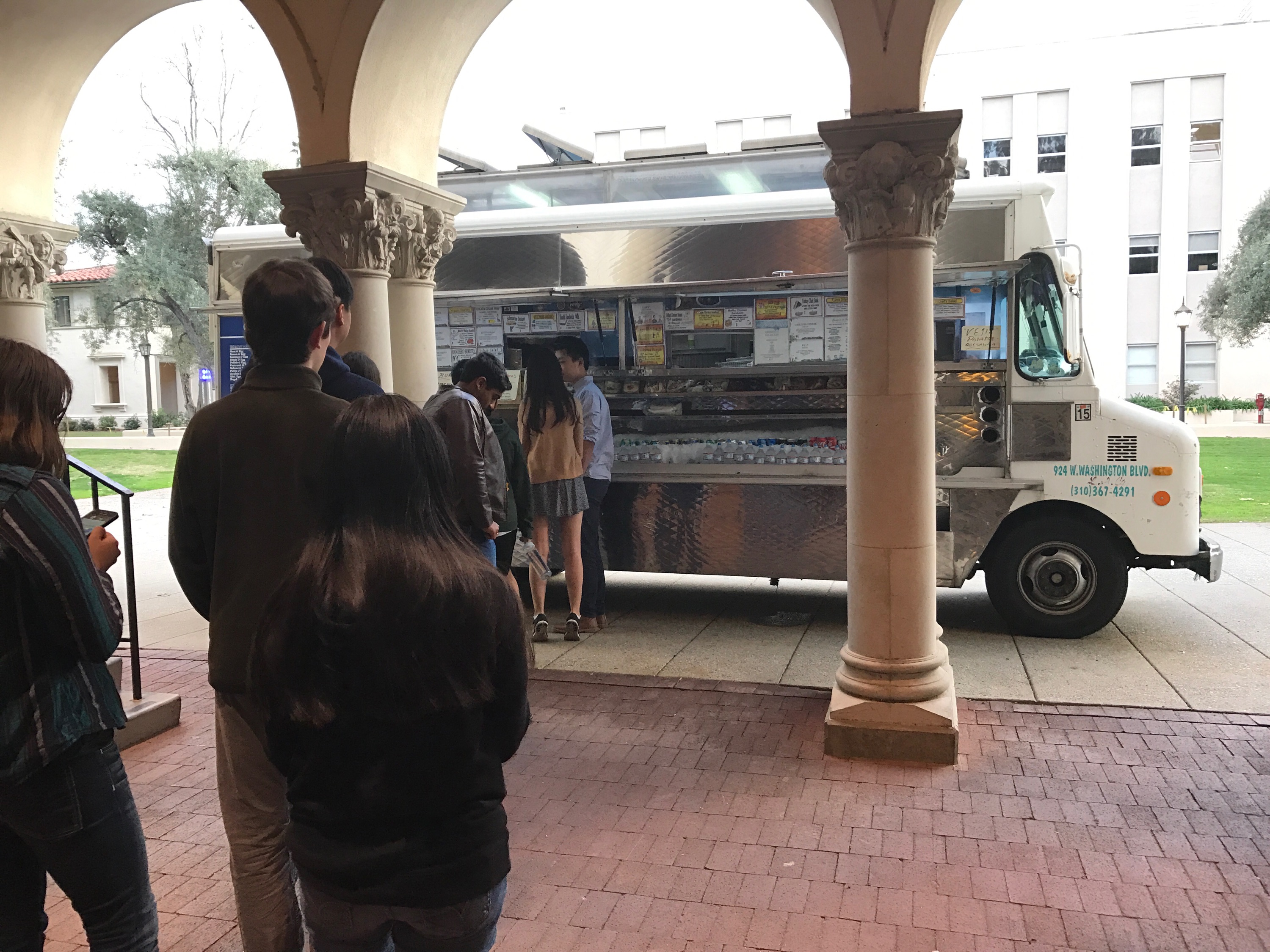 The Politics of Protest Lecture

The Caltech Diversity Center has begun a lecture series on campus called “food for thought,” where, as you may have guessed if you know any college students, they bribe students with food to convince them to listen to amazing speakers on interesting topics (you might think that amazing speakers and interesting topics alone would be enough to entice Caltech students away from their homework, but you would be surprised). This weekend, the CCD hosted a talk by Caltech English professor Dr. Jennifer Jahner, on the topic of “The Politics of Protest.” The CCD catered the event with our local and beloved Mexican food truck, Ernie’s.

The talk began with an introduction to the vocabulary of protest, specifically the delineation between violent and non-violent action. We then talked about different types of non-violent action, as described very well by this list of over one hundred examples.

Dr. Jahner described a few instances of non-violent action taken recently, that we had all seen in the news (and also participated in: many people who attended this lecture had recently been in the Women’s March or in protests at LAX against the immigration ban).

Dr. Jahner also led a discussion about public reaction to nonviolent protest, specifically our individual reactions to observing protest. As an example, she asked us to reflect on our reactions to seeing Black Lives Matter protestors over the past few years. She then compared our reactions to reactions to the Civil Rights Movement, and discussed how public perception of the Civil Rights Movement in the 1960’s was very negative towards the nonviolent sit-ins, marches, and even the Freedom Riders (across the country, not just in the South), while Americans believed the marchers and riders were being too confrontational. She brought up Dr. Martin Luther King Jr’s “Letter From Birmingham Jail” as the best explanation for why nonviolent action is so necessary.

All in all it was an amazing and eye-opening talk, and I’m looking forward to attending more events in this series. I’m so glad there is a group on campus (the CCD) leading discussions on big issues like this.