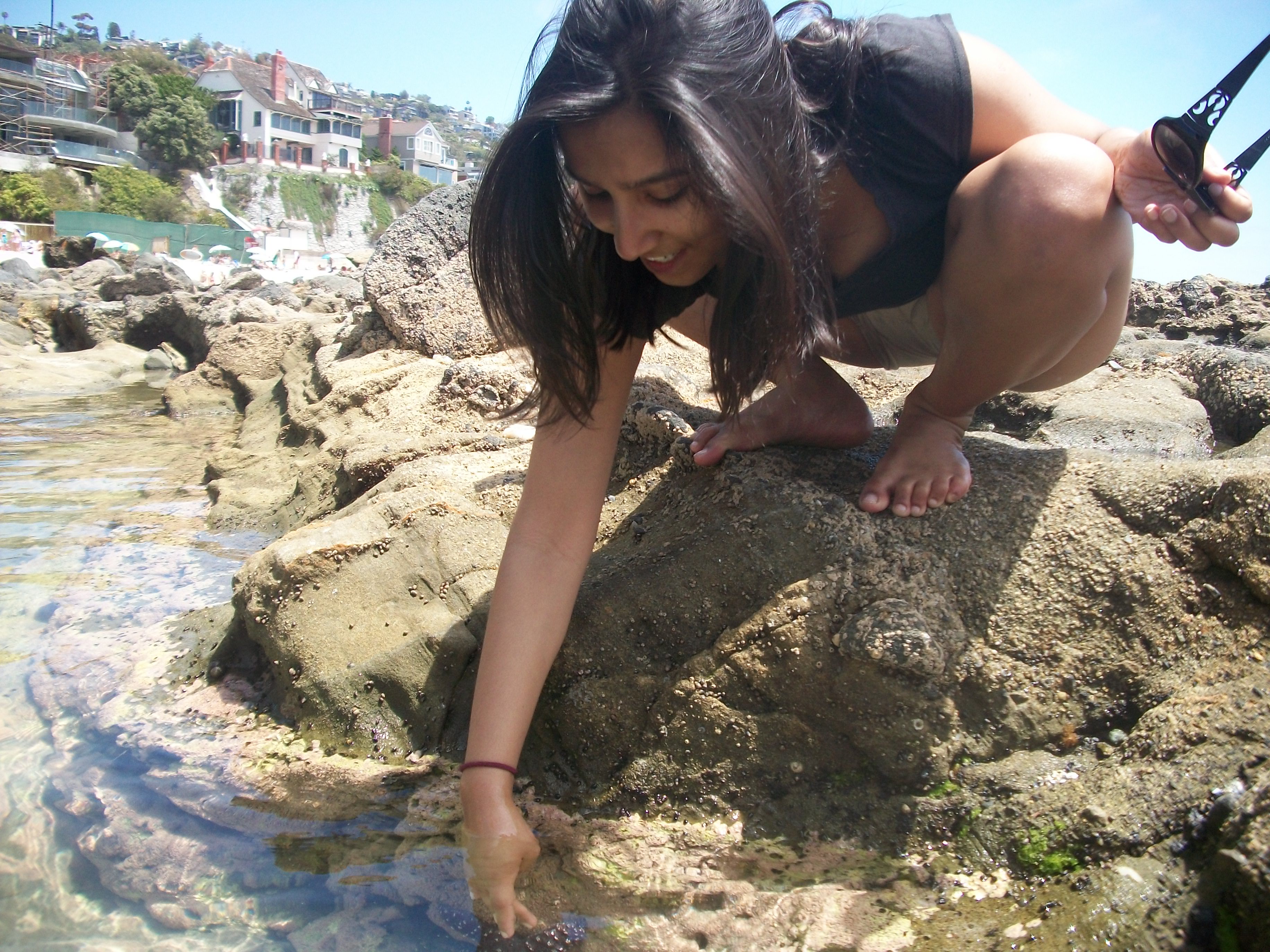 The Science of Art

Once again feeling deprived of surf and sun, I organized another trip to my hometown, Laguna Beach, a la my previous post,Home to the Beach, for last Sunday. We spent the afternoon checking out some tide pools

And found lots of starfish! Although this one is unfortunately a bit out of frame. The surf was also great for boogie boarding.

After the beach, we rode Laguna’s free trolly down the coast to theSawdust Art Festival.

Sawdust has a lot of affordable funky art, as well as just insanely creative art. Here are the websites of some of my favorite artists, a couple of whom are also neighbors who I’ve known for years…

Reem Khalil: She can dye fabric like nobody else I know.

John Lucero:3D paintings that glow in the dark and glow pretty colors under blacklight. The coolness is self-explanatory.

Gavin Heath: Just click on the link. The epicness of this guy’s glass blowing cannot be described in words.

The cool thing about Sawdust artists is that they also know the science behind their art. I once told an artist that I was a chemistry major and he jumped at the opportunity to tell me all about the chemistry of the glazes on his pottery. The glassblowers, who also perform their art at the festival, will often overhear conversations outside of the glassblowing booth and provide explanations of the physics behind their work.

Not sure which artist this was, but when we were trying to figure out how the oven worked he started throwing out facts about the set up while he continued working on that vase, like a boss.

While wandering through the festival, I stopped by Doug Miller’s booth. He’s an artist I’ve known for as long as I can remember who’s signature pieces are postcard-sized paintings. I found one of the street where I live and when I jokingly remarked to him that he missed the stop sign, he snatched it away from so that he could paint it in. I ended up buying the painting, which you can see above another Douge Miller painting of the beach by my house and alongside a vase, feather earings, a boxed butterfly, and a scrap-metal candlestick made by other Sawdust artists on a shelf in my room.

And so my little art collection from has grown once more.