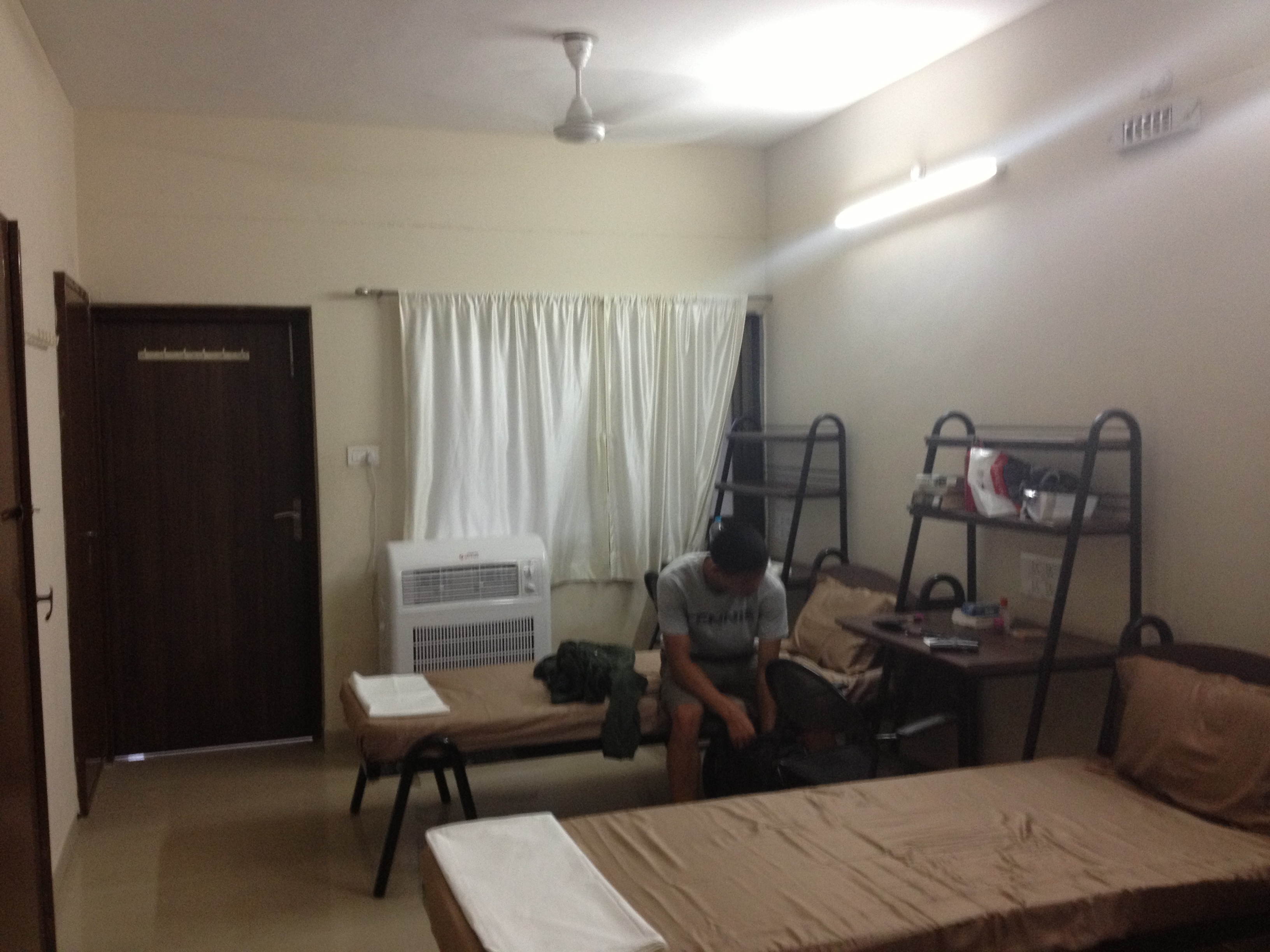 Hey guys, my name is Vansh Kumar and I am a rising sophomore studying either Computer Science or Applied Math here at Caltech. My friend and I, JD Co-Reyes, are going to tell the story of our experiences during “India Ki Khoj” (In Search of India), a 10-day program at IIT Gandhinagar we attended through the Caltech Y. The goal of the program is to allow foreigners to get a taste of India through speakers, field trips, and interactions with the IIT students. IIT stands for Indian Institute of Technology, and you can think of them like the Caltechs of India, with various elite campuses around the country. This particular IIT was located close to Ahmedabad, the capital of the state of Gujarat in western India.

The word hangs in the air, conjuring exotic visions of a far away land filled with camels, jewelry, and call centers. But stepping out of the plane, the humidity was the first thing to stick. You could tell it had just rained or was about to; the air was heavy. Ragged and tired from the full day of traveling we had just been through, we walked towards the exit of the Ahmedabad international airport. A warm welcome awaited us when we met the IIT students who had come to pick us up. It took all of my willpower to not fall asleep on the 20 minute car ride to IIT from the airport, but the entire time, the only thing I could think about was how great it felt to be back.For me, the best part was being back in my mother country speaking my native language, Hindi.

The IIT campus was relatively small and the dorms were smaller. They were simple, but spacious and complex at the same time. Our hosts had even installed A/C units (Water Coolers, they were called) in our rooms as they knew our poor American bodies couldn’t withstand the intense heat. JD and I shared the room below.

We arrived at the campus at around 5 AM Gujarat time, and were dead tired the second we entered our rooms. Despite this, I and the three others (Auggie, JD, and Edward) stayed up till breakfast at 8 talking to one of the IIT students named Atharv. I’ll cut the story short here for now, and let JD tell you about the amazing food we were served for breakfast.