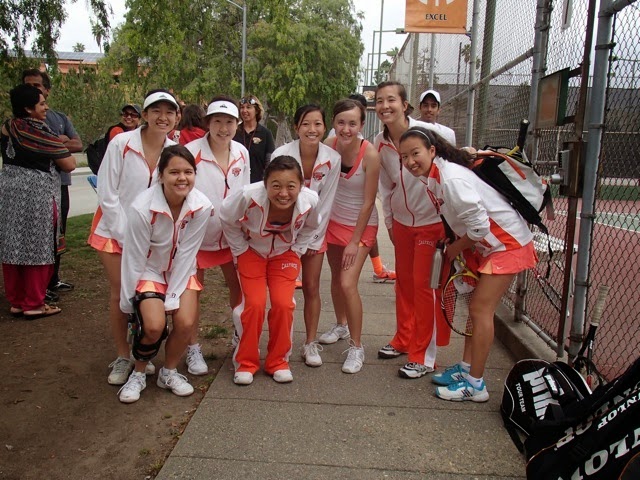 To Texas and Beyond!

It was a bright cold day in March and the clocks were striking 7. Yes, you read that correctly: 7 am. I don’t even remember the last time I was up that early. On normal days - normal days being any day during term, including weekends - I usually wake up at 8:30 or 9 am. If you ask around here, that would be considered pretty early (some people don’t wake up till past noon). Anyhow, back to my original point. I didn’t wake up at 7 am for nothing. Nope. I woke up at 7 am for a tennis match at 10. This wasn’t just any tennis match you see. For spring break, the entire team, all ten of us hopped on the plane bound for…you guessed it! Texas! We played two matches at UT Dallas this weekend. We played Texas Lutheran University and UT Dallas, both great schools in our regions and we were really happy to get not one, but two wins! This puts our record at 8-4 (wins to losses) which is pretty amazing because last season the team had 7 wins in total. The school record for most wins in a season is 11 from what I’ve heard so we’ve got our eye on the prize!

But being part of a team is more than just playing great matches. It’s about having fun together and ultimately it becomes a lot like a family. We do so many silly things sometimes that we forget that our oldest member is 22. We watched the Conjuring one evening. We also went to a cute little ice cream shop and they’re really not lying about the southern hospitality. The people were super friendly and suffice it to say. I’m not sure about everyone else on the team but I gained a few dozen pounds from the extra large portions they served down there. All in all, I couldn’t have asked for a better spring break then to spend it with my team.