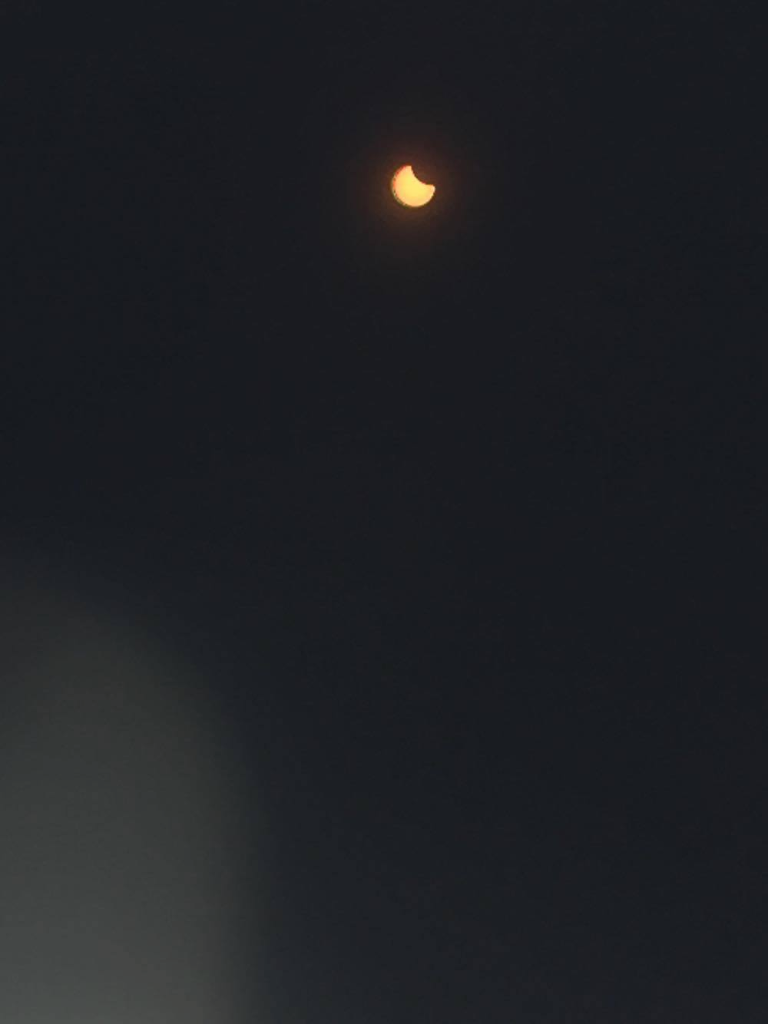 As all of you know, the eclipse was a huge deal at Caltech! Not only are we a school with an amazing astronomy department, but we also are a school of nerdy people who are fascinated by nature. We want to capture them in our memory so we can analyze and decode their beauty. An eclipse is the perfect combination of science and wonder.

Although there was a large eclipse viewing on Beckman Lawn at Caltech, a group of friends and I elected to go to Grand Teton National Park to capture totality, something that could not be seen from Caltech. I had never been to Wyoming, let alone seen the Grand Tetons, so I was super excited. My friends and I decided to complete a three day backpack that would put us in the path of totality on our final day. I will write more about the backpacking trip itself in another post. I want to focus on the experience of seeing the eclipse here.

The day before we left for the backpack (two days before eclipse day), I read Annie Dillard’s“Total Eclipse,”a fantastic essay about the way an eclipse seemingly alters reality. She speaks of the sepia tones of the sky making the world seem faded and old fashioned, as if the eclipse took her back to the past. Her hands turned silver. The world became dead.

On the last day of our backpack, drenched in sweat, covered in scrapes, and winded, we hiked to the top of Static Peak, an 11,300 foot mountain with a 360 degree view of the sky. We waited around a bit and conversed with the handful of other hikers there for the day.

The moon crept in front of the sun, blocking it from our view sliver by sliver. At first, it seemed like nothing changed. You would think that something that moved at 1,800 miles per hour would leap across the sun before our eyes could even detect what was going on, but no. The sky was as bright as normal, the air was warm, the mountains were brown. We were still in the present. I could photograph the sliver through my eclipse glasses, but nothing really changed too much.

But, little by little, the mountain in front of me yellowed until it looked like a still from an old photograph. Odd daytime shadows appeared in weird placed around the rocks. I began to shiver a bit and snuggled deeper into my coat.

Without much warning, a carpet of darkness rushed toward us from the west. The picturesque, old-fashioned world I was in was broken. The darkness took over. Unlike Dillard, though, as the blues in the sky turned into the yellows and oranges of a sunset, I began to feel more alive than dead. When the sky directly above me was dark (the sky around me, though, was in a perpetual 360 degree sunset, as we were high enough to see zones outside of totality), stars began to appear like snowflakes on a window in the winter. The bright sun, our source of life, was merely a ring of light. I was shivering, but in awe. Our world stood still for a little over two minutes.

When we saw the diamond near the top of the sun, the world seemed to start moving again. People began to climb down the mountain. The world became a lot brighter. Shadows returned to their normal position.

Experiencing the total eclipse was one of the most interesting events I’ve been through. In 2024, when the eclipse comes through America again, I will make sure to be there. I want to see the world stand still again.

The sun is in its "Pac Man" stage.
The sun looks like the moon here!
Totality! Sorry for the poor quality, but this is all that my iPhone could produce!
The slightly sepia mountain after the eclipse.