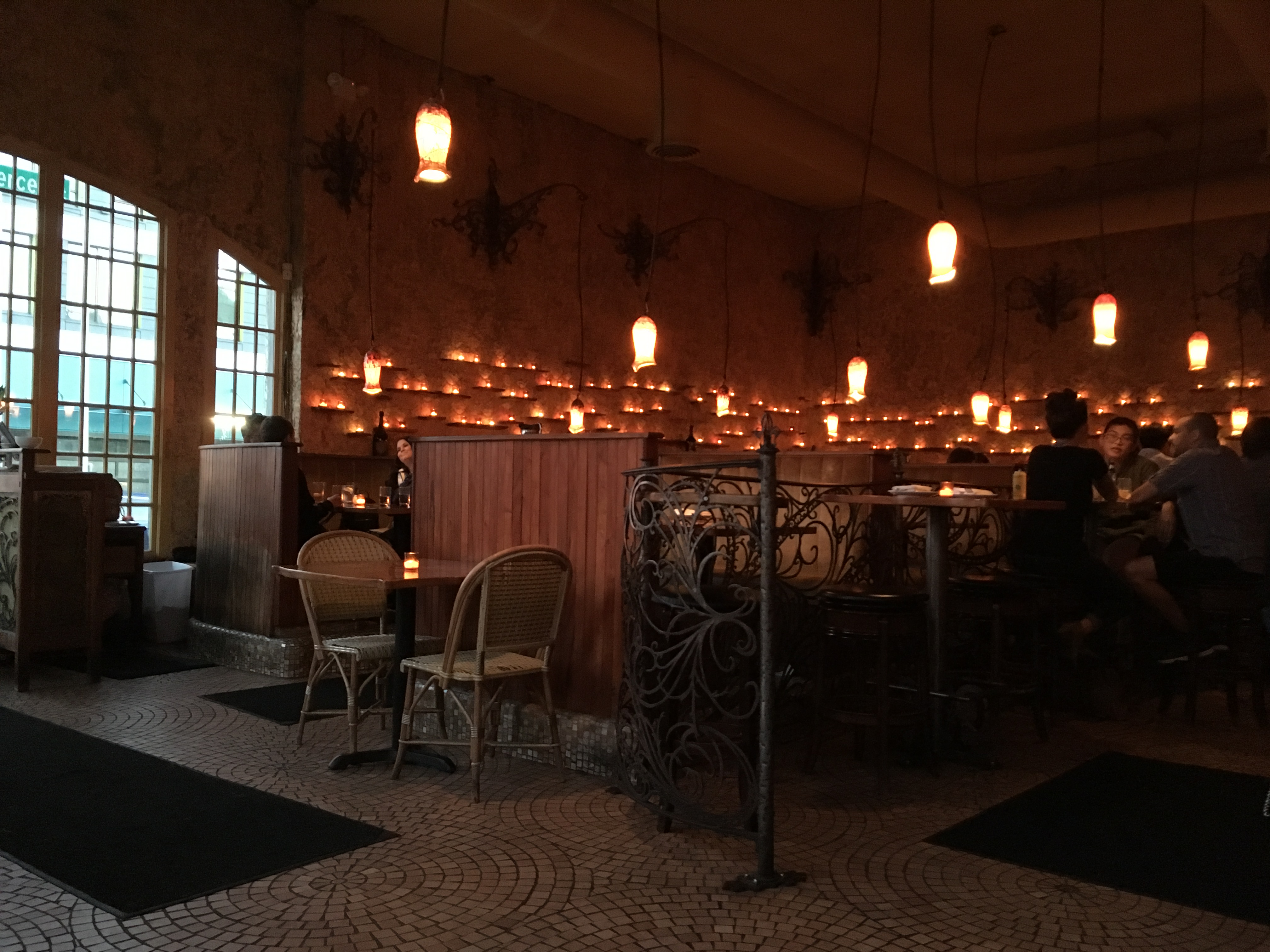 Before my boyfriend left Seattle, we decided to go to a nice restaurant to get seafood, which Seattle is known for. We went to Toulouse Petit Kitchen and Lounge, a cajun/creole restaurant in the Queen Anne district of Seattle.

I got a cup of seafood gumbo as an appetizer, and it was delicious. I’d never had seafood gumbo before, so I didn’t really know what to expect, but it was amazing! There were so many different types of meat inside (fish, crawfish, shrimp, sausage), and the soup was so flavorful.

For the mains, we got ‘The Lucie’ and the rockfish. Both were yummy, but for me the star of the meal was the dessert: the Toulouse Bananas Foster. I’d never had something like it before! It had vanilla ice cream on a rum cake, with bruléed bananas and pecans on the side. The bananas were SO good. I usually don’t really like bananas, and these bananas were warm, which sounds pretty unappetizing to me, but it was actually super delicious.