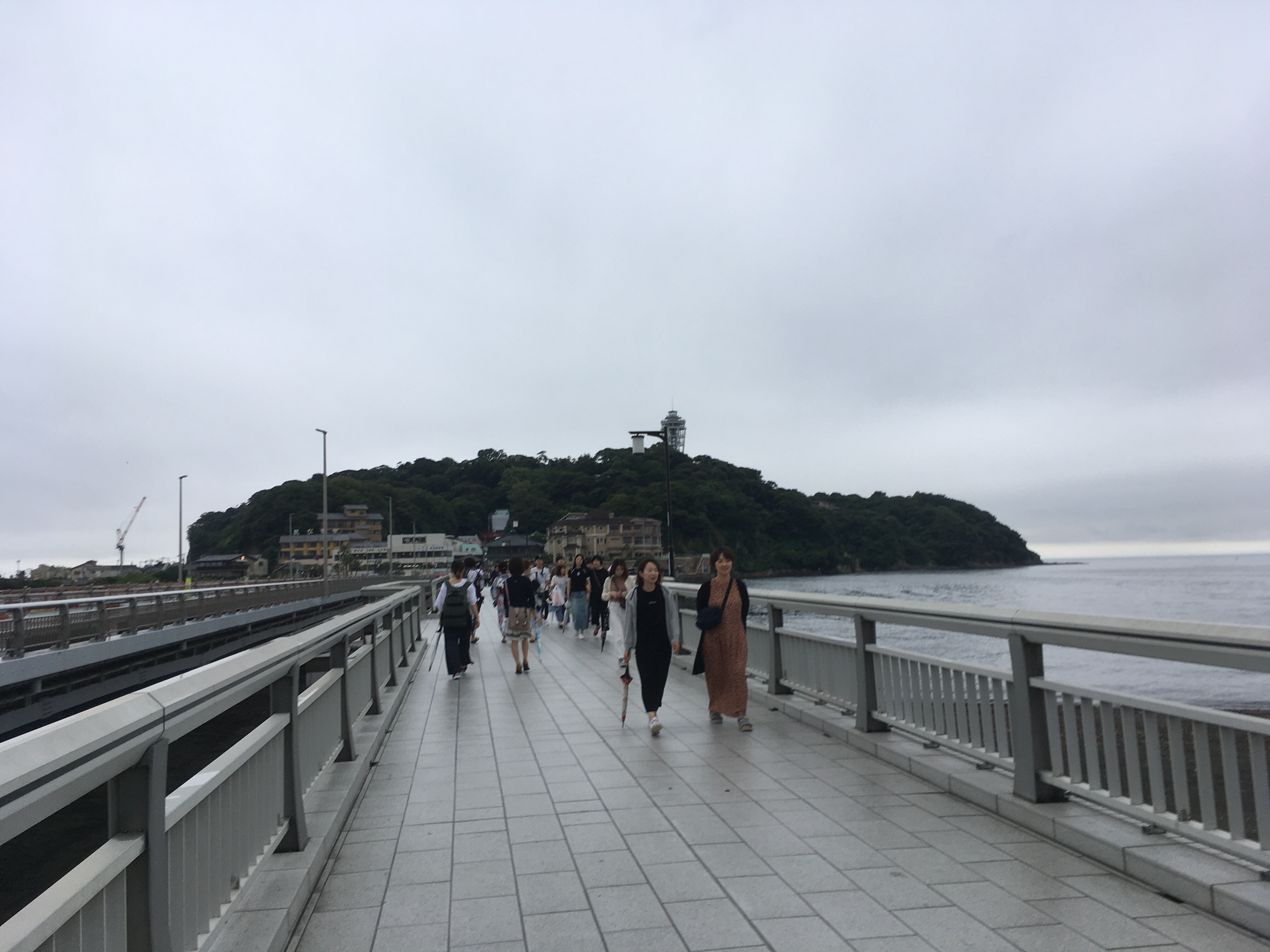 Between Kamakura and Fujisawa of Kanagawa prefecture is a tiny Island called Enoshima. It is part of a long stretch of the coast known as a beautiful summer vacation spot, especially for the beaches and the view of Mt Fuji on a clear day. That stretch of coast especially attractive in the hot summer for the cooler ocean temperatures, even though it’s bloody humid - because honestly, so is the rest of Japan. As you come from Kamakura, either by foot or using the train, there are a lot of old temples that you can tour. Kamakura is known for the Daibutsu (literally big budda) and the numerous temple gardens. As it’s summer right now, the flowers are in full bloom, and are a must-see!Enoshima is known for the great views of the ocean that you can get from the top of the “candle” on the island, as well as the complex of caves that is said to have been the places where multiple monks reached enlightenment. Another thing it’s known for are the tiny, almost-translucent fish called shirasu. It’s somewhat related to anchovies, and is traditionally eaten raw like sushi. However the restaurant I went to had options to have it boiled or fried like tempura as well. Although I did try it (and liked it!) the taste and texture is not for everyone. I can always say that I’ve tried it now though!