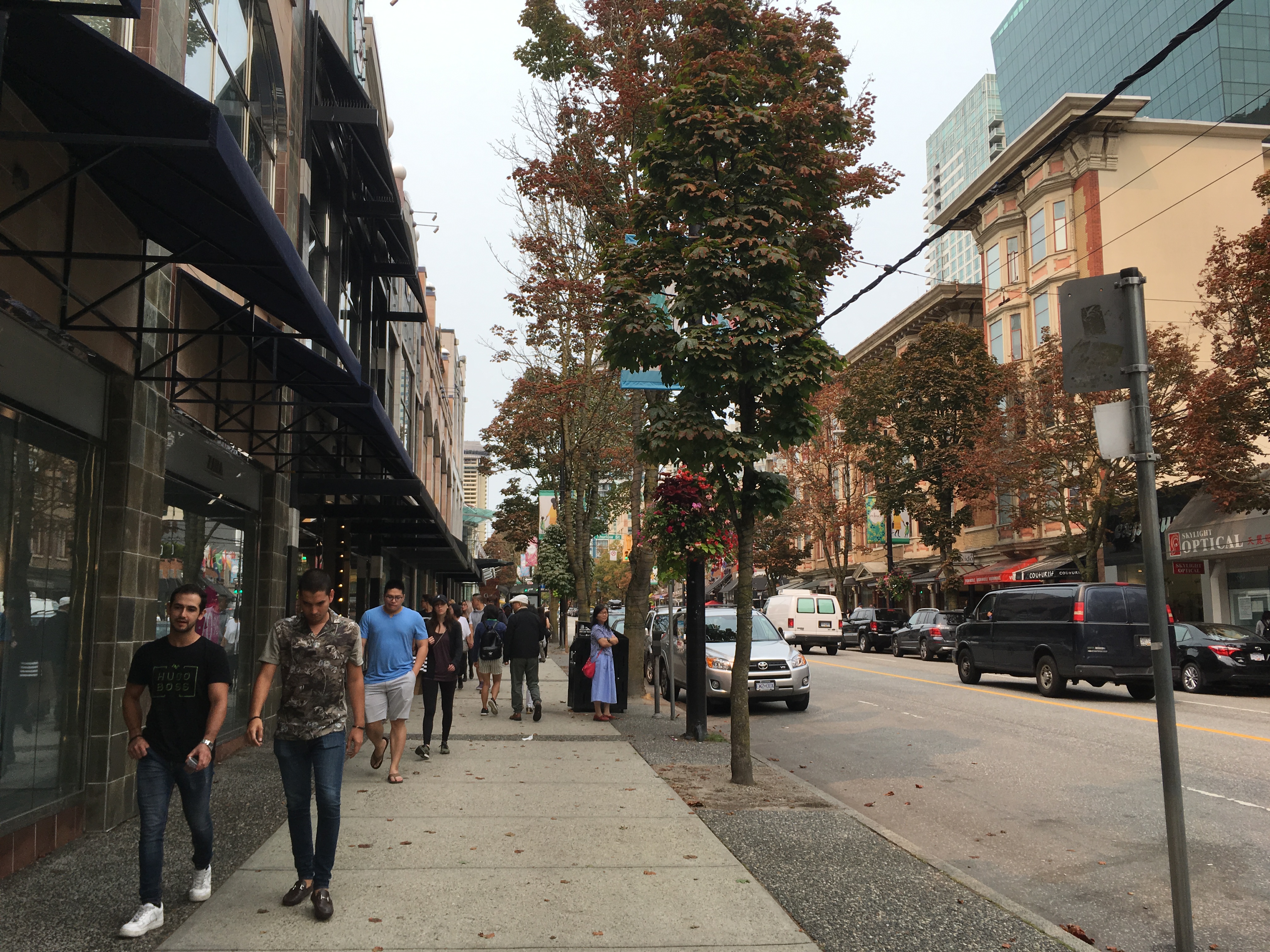 Over the summer, all of the Caltech undergrads in Seattle got together to go on a weekend road trip to Vancouver. With 9 people, we booked an Airbnb and set off from Seattle on a Friday evening.

The first night, we arrived pretty late, around 11pm, so we got some food and went out to explore the nightlife of the city. On the second day, we got brunch and then walked around town. The city itself is so nice and clean – it looks so beautiful! I’d definitely want to come back here for a longer trip sometime.

The McDonald’s here has a little Canada symbol in the logo. 😂

Vancouver is known for good Chinese and Korean food, so we were all hoping to get some good food for dinner. I had also looked on Yelp for cute desserts and bakeries, and it just seemed like Vancouver had so much delicious food worth trying. When we were walking towards Stanley Park, we stopped by a bakery I had seen online and got a few sweets :) I got a kaya and honey bun, and it was delicious! In Stanley Park, there were areas with gardens, rose gardens, and various paths inside the park and along the water. It was so pretty! We also got a nice view of the city from the Seawall.

Walking back towards town for dinner, we stopped by this cute boba shop that specializes in Taiwanese fruit tea. It was soooo yummy and satisfying, especially since Seattle doesn’t have that much good boba unlike LA.

For dinner, we stopped by a Korean place called Sura, and I got a beef stew. It was really good! Seattle doesn’t have too much Korean food either, so this meal was really satisfying. We left Vancouver right after dinner, and I was so sad it was such a short trip. I hope I can come back to Vancouver again in the future!