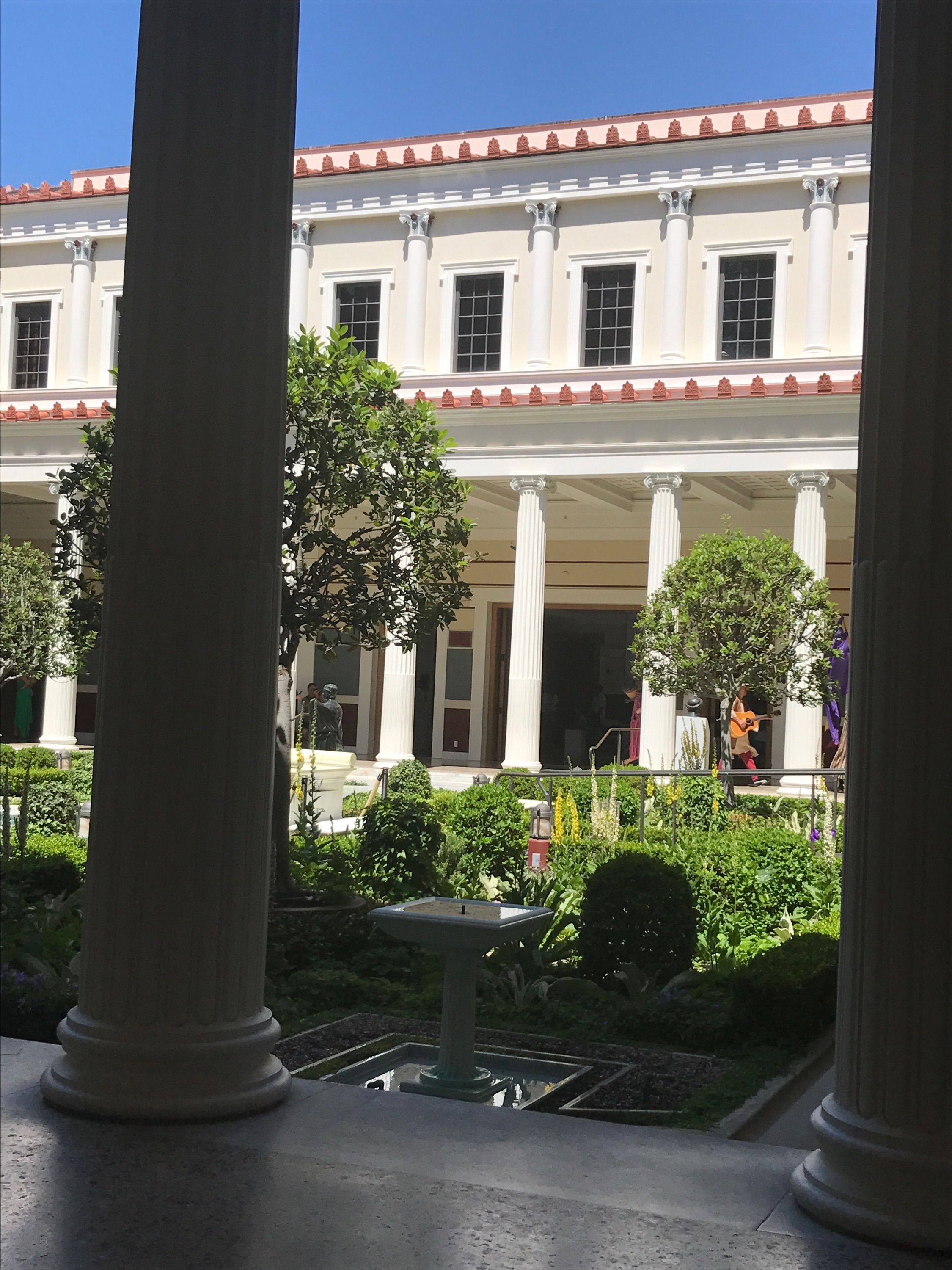 Visit to the Getty Villa

There are a ton of amazing art museums in the Los Angeles area. If you don’t have a car, many of them are difficult to visit from campus. My freshman year, I had the luck of being able to visit the Getty Museum twice! The Getty is a private art museum which holds tons of classical and contemporary art. The same family which built the Getty also built the Getty Villa, a museum in Malibu, CA which houses exclusively classical antiquities (think ancient Greek and Roman art). I didn’t get the chance to visit the Getty Villa until just last week!

The museum was built to look and feel like an ancient Greek or Roman country home. The building and grounds actually meld a few different time periods and architectural styles, but to me (who knows nothing about this eraor its architecture), it felt very organic. The grounds are beautiful, and the galleries, all housed in the main museum, were airy and bright and presented the artwork in what seemed to be the intended way.

Outside of the galleries, the museum contains a Roman herb garden, as well as an outer garden that was meticulously landscaped. The location of the museum in the Malibu hills, overlooking the Pacific Ocean, made it seem like it could’ve really been in the Mediterranean (I’m not sure I could really tell, because I’ve never been to the Mediterranean, but now I’m dying to visit).

I wish I could categorize this blog post into”you should get off campus as much as possible!”