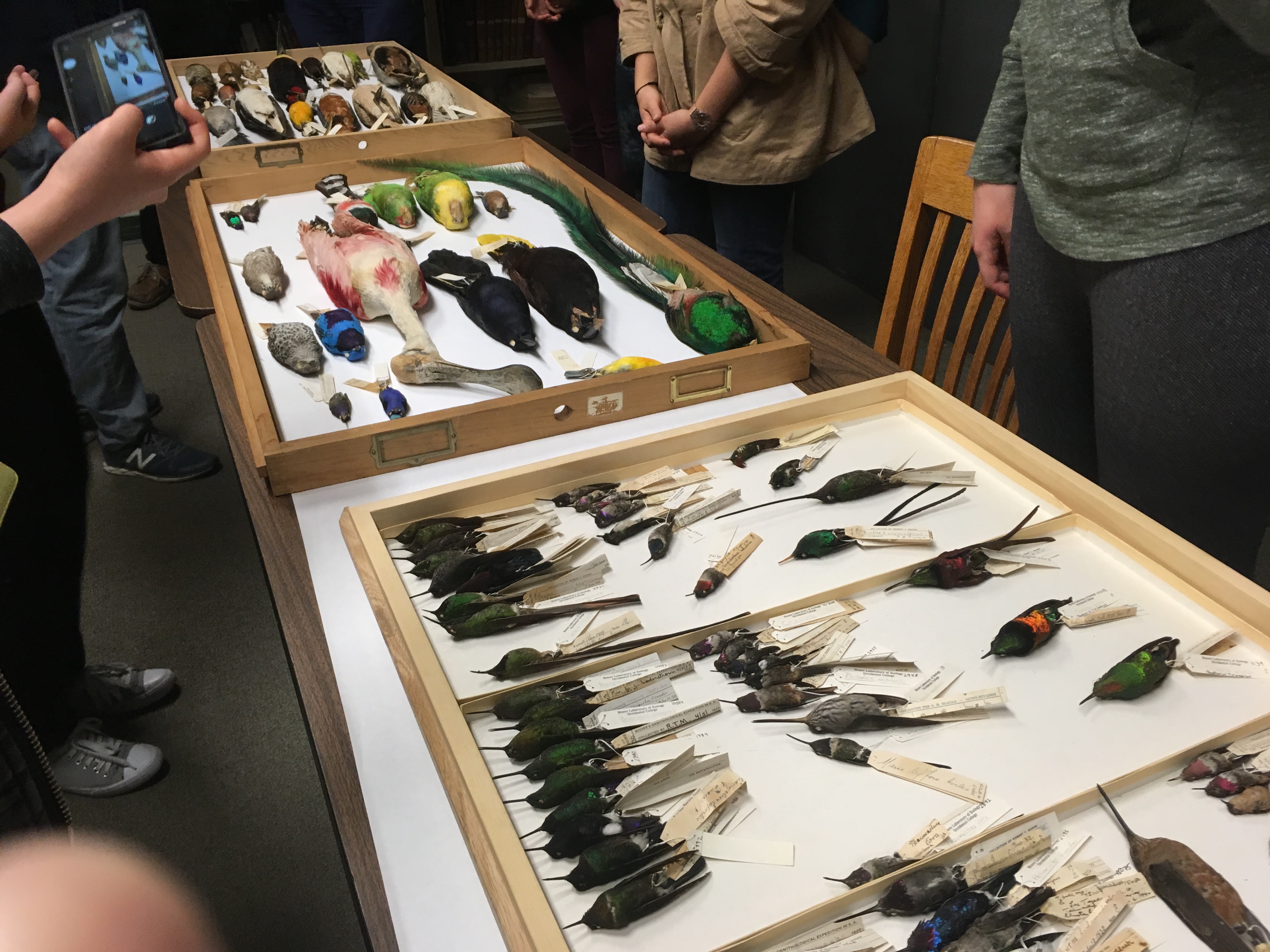 Warning: don’t read on if you don’t want to see pictures of stuffed/preserved birds!

As part of the Evolution class I’m taking, we have weekly labs Tuesday from 7-10pm. For this particular lab, we visited the bird collection at Occidental College. Before the class during winter break, we had readThe Beak of the Finch, a book describing Peter and Rosemary Grant’s research on Darwin’s finches and evolution. In their research, they measured finches’ beak lengths over many years and determined that very slight changes in beak depth had great consequences on a finch’s rate of survival. Our job was to measure the beak lengths of a single species of bird as a class, and get a sense of how consistent and accurate our own measurements were, considering that the Grants were looking at changes of approximately a millimeter or less.

When visiting the bird collection, several cases were already laid out for us. One contained many, many different species of hummingbirds, another contained ‘exotic’-looking birds such as the quetzal, and another contained hundreds of different eggs. We talked about the iridescence of certain birds, and the professor also showed us different species in the back room, including a penguin, an eagle, and others. It was kind of shocking to see so many birds here, but I just had to keep in mind that these birds were collected over decades.

The lab itself involved looking at a species of bird that lives in North and Central America. As a general rule, the further south a species lives, the darker and smaller it is, and the further north it lives, the lighter and bigger it is (I might have that backwards). We were split into 8 groups and rated the color of the bird’s breast with a scale, and then measured beak lengths. We then rearranged the birds by color, and the color order ended up matching up fairly well with the actual geographical locations from north to south! This was probably the coolest lab of the term :)