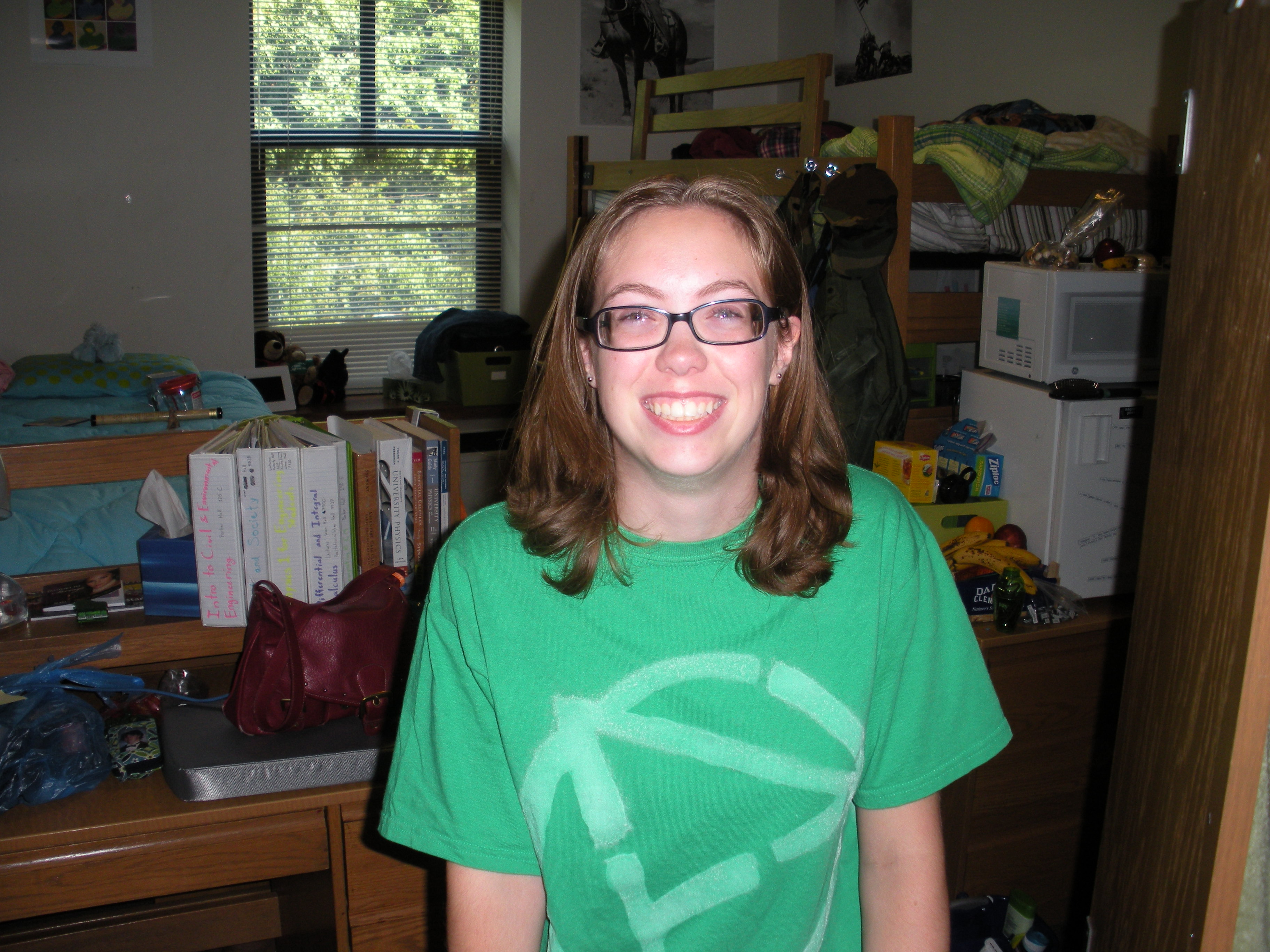 While I was home, my parents and I took a trip up to visit my sister at college. She’s a freshman at Carnegie Mellon and she had just finished her second week of classes.

I got to see her dorm room! My parents had already seen it when she moved in, but I’d never had a chance.

She’s pretty excited about joining SWE (Society of Women Engineers). They’re a national organization for supporting women in technical disciplines. (Caltech has an active chapter of SWE. Last year, I helped host an event with them through the Club for Computer Science. We invited some alumnae back to talk about their experiences in academia and industry. It was interesting.) Later, while we were walking around town, we stopped into a Ten Thousand Villages and found out that one of the volunteers there was also a member of SWE! Wow! While I was there, I ran into a friend of mine from Caltech! Ashok graduated in 2008 and used to be the president of Dabney House. He’s working on a Ph.D. in neural computation in the Doiron Lab as part of a joint project between CMU and U. Pitt. Pretty cool stuff. It certainly is a small world. I didn’t expect to run into anybody I knew!