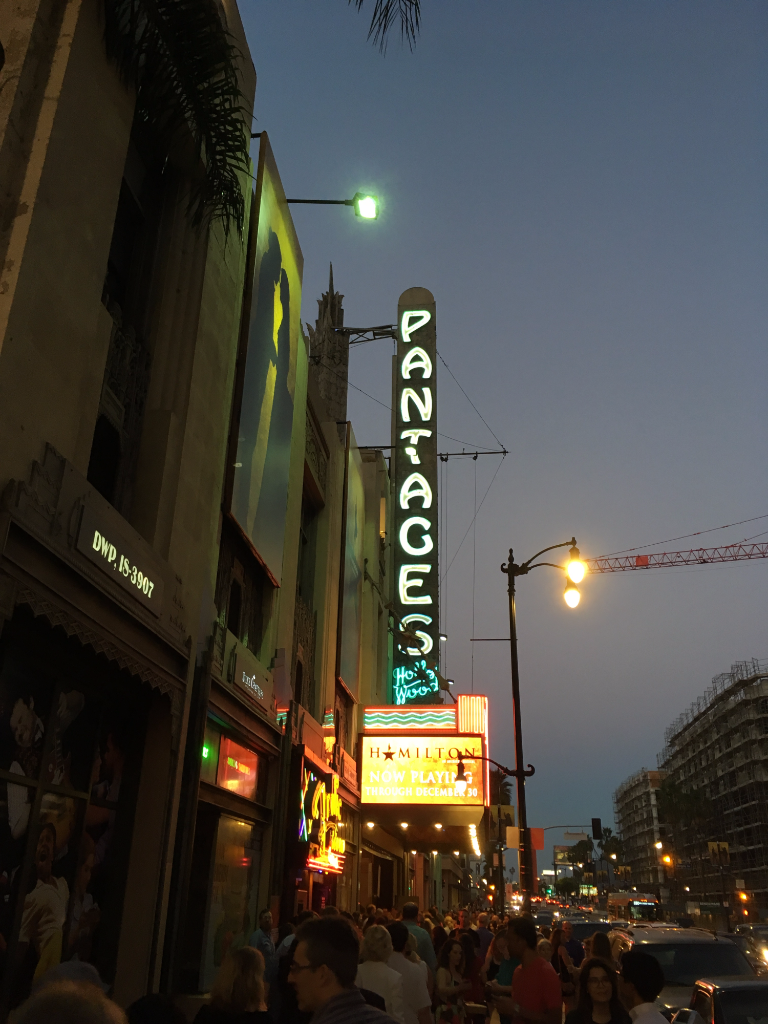 At the end of August, I flew down to LA to watch Hamilton at the Hollywood Pantages! We bought the tickets back in May as soon as they became available, so I was very excited to finally see it.

It was so exciting!!!!!! I couldn’t believe I was actually there. There was a huge crowd, and the theatre was fully booked. I’m not sure if I was allowed to take a photo of the theatre, but hopefully it was ok since the show hadn’t started yet.

I don’t want to spoil anything, so I won’t talk about the contents of the musical, but I’ll just say that it was amazing. The actors were all so talented, and I especially liked the actress who played Angelica. Her voice was beautiful! If you look in the program booklet, it lists all the roles each understudy can play – each person knows so many different roles that they must have basically the entire musical memorized.

I would highly recommend Hamilton to everyone! It made me laugh and cry, and I had the soundtrack stuck in my head for days after, in a nice and happy way :)