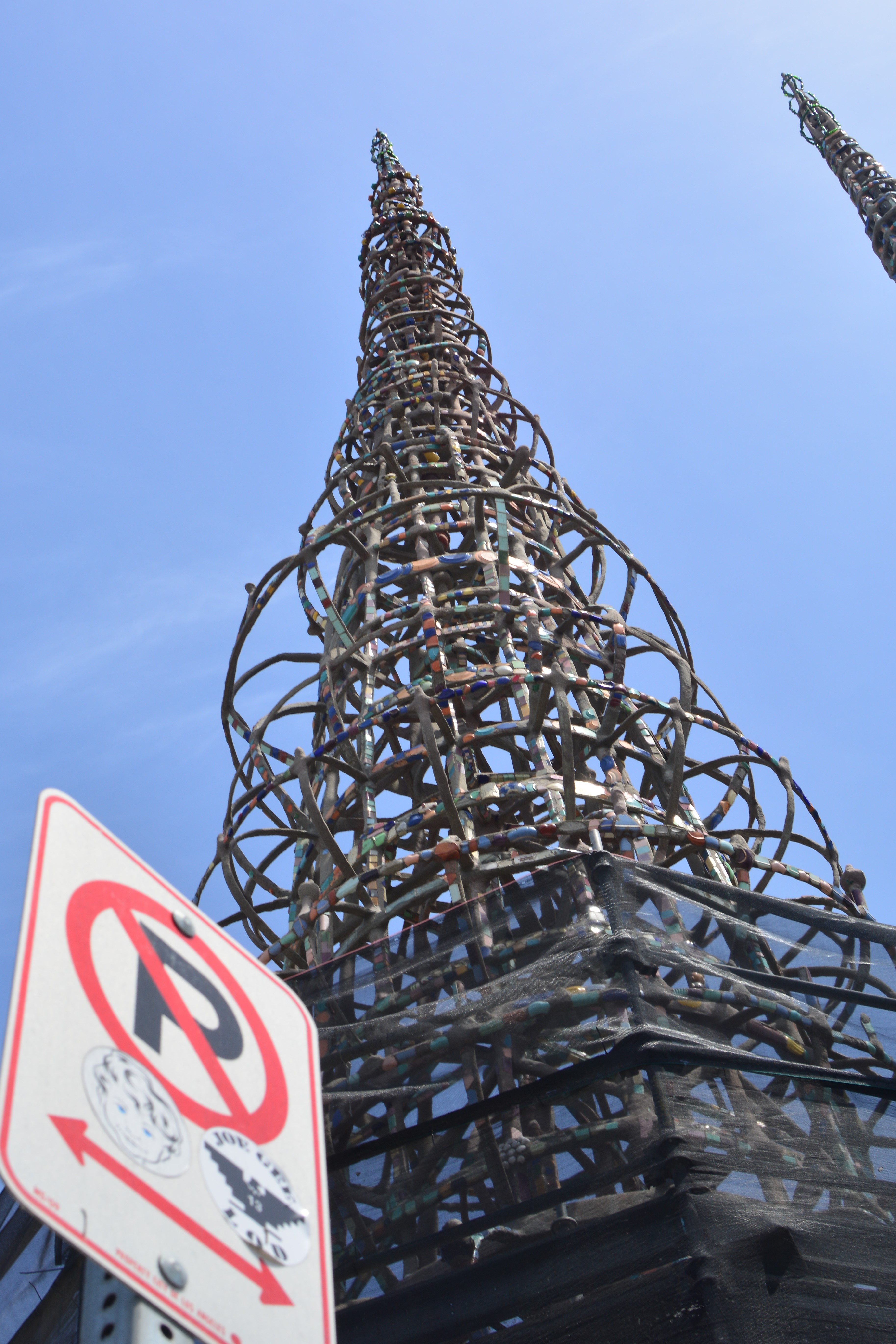 Fasten your seatbelts, attach your climbing harness to your jetpack, it’s time for FIELD TRIP 2019 EDITION! But Andrew, you say, you aren’t in any geology classes this term. And you’re right. This was something special. Something unique. Something just odd enough to be beautiful: an English field trip.

English field trips are different. It’s not about going out and collecting samples, or getting long, painful lectures about rocks. Instead it’s about getting out and exploring the world, placing your literature in context with the real, and more than anything else, having a good time.

Our trip started wit a trip to Watts Towers in Watts, Los Angeles. They form an amazing structure built entirely by one man: Simon Rodia. This man took about 33 years to construct something truly amazing – he was an immigrant who couldn’t read or write and simply spent his time building. There are so many cool stories about the towers – our tour specifically pointed out a dark history that “there’s more than just chicken in that pit”, referencing a possible sinister, noir-style burial of victims of a mobster, who just so happened to be Simon Rodia’s brother. Unfortunately, we couldn’t go inside the gates of the towers because they are closed for renovations (Rodia used a large number of shells, bottles, and pottery shards to decorate the towers that sometimes like to fall off from above and hit passersby). Finally, they had a little garden next to the towers where there was an African Tortoise! It was like we were at a zoo! The tortoise seemed happy, although hungry enough he chased out class around. But hey, gotta love it.

The second stop on the trip was Frank Lloyd Wright’s Hollyhock house, a pretty fancy house on top of a hill in the Hollywood/Little Armenia area. It was actually about two blocks north of the church of scientology which I visited with Eric last year, so that was a fun memory. They wouldn’t let us take photos from the inside, but the architecture was amazing, and I thoroughly enjoyed that stop as well.

And of course, we made one last stop, the only place that someone can make a stop as a true Angelino: In-N-Out. I opted just for fries and a shake – gotta watch myself just a bit because it isn’t fencing season anymore!

Animal style or no style, – Chandrew