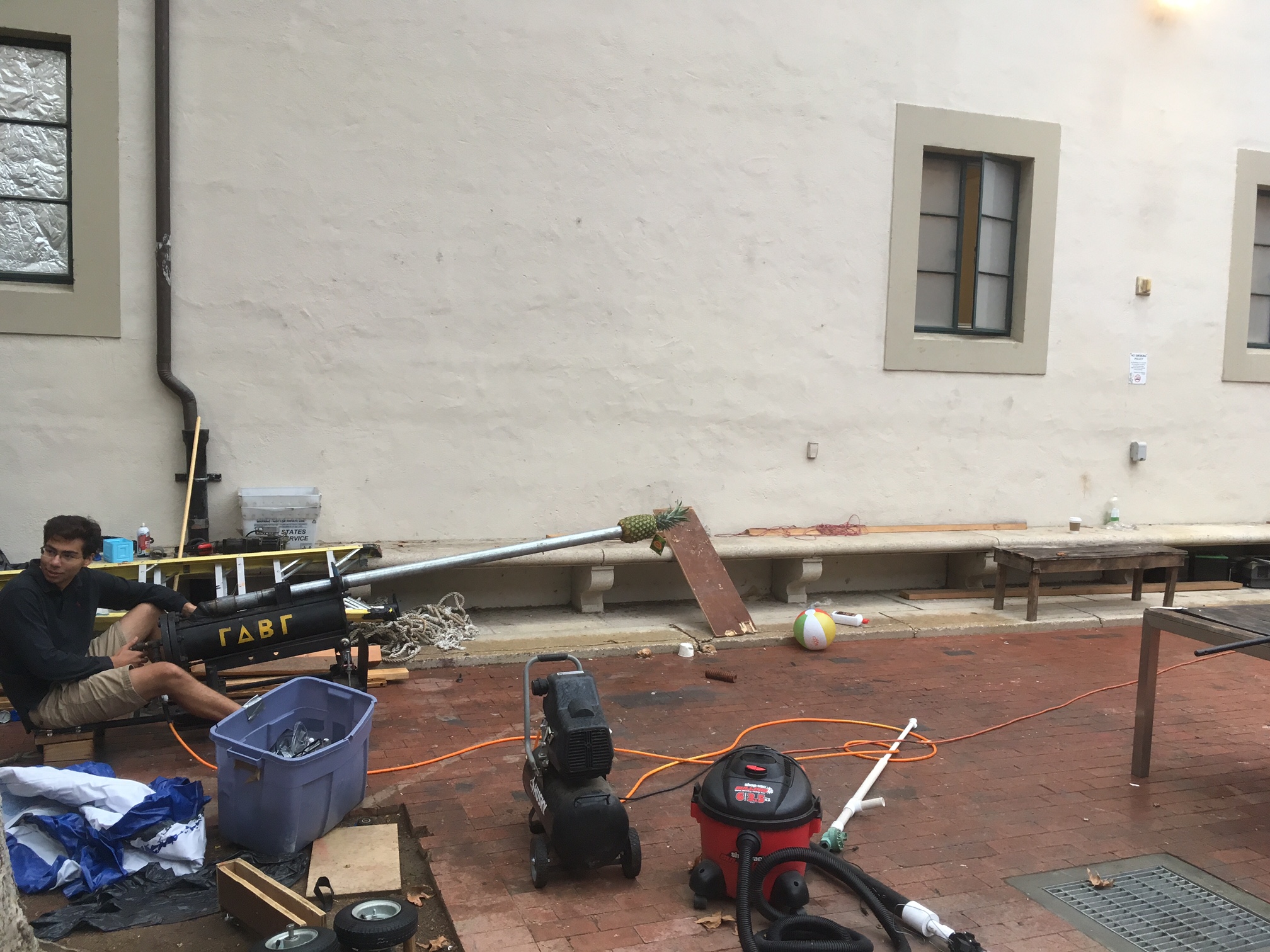 We Have A Potato Cannon

When I say we, I mean Blacker. At some point in the past that I have no knowledge of, some members of Blacker decided that it would be a great idea to build a potato cannon. And it was. It’s used for shooting out many different things at high speeds. However, potatoes seem to fit the best in the canister and are both cheap and plentiful. Hence, its name was born.

The way it works is a little beyond me. I haven’t taken the time to learn anything about it other than we use an air pressurizer to put said air into a small tank which is closed off from the mouth of the cannon. When the tank is sufficiently pressurized - we don’t usually do too much - there is a release lever to allow the air to rush through the cannon to spit out the potato (or whatever else) in the canister.

More recently, we have had new frosh that are excited to try fruits on our cannon. A pineapple was our most recent idea. However, the pineapple didn’t fit in the canister. So, they just put it on the front of the cannon. It was very amusing. Check out the video to see what happened (and spoilers underneath it)!