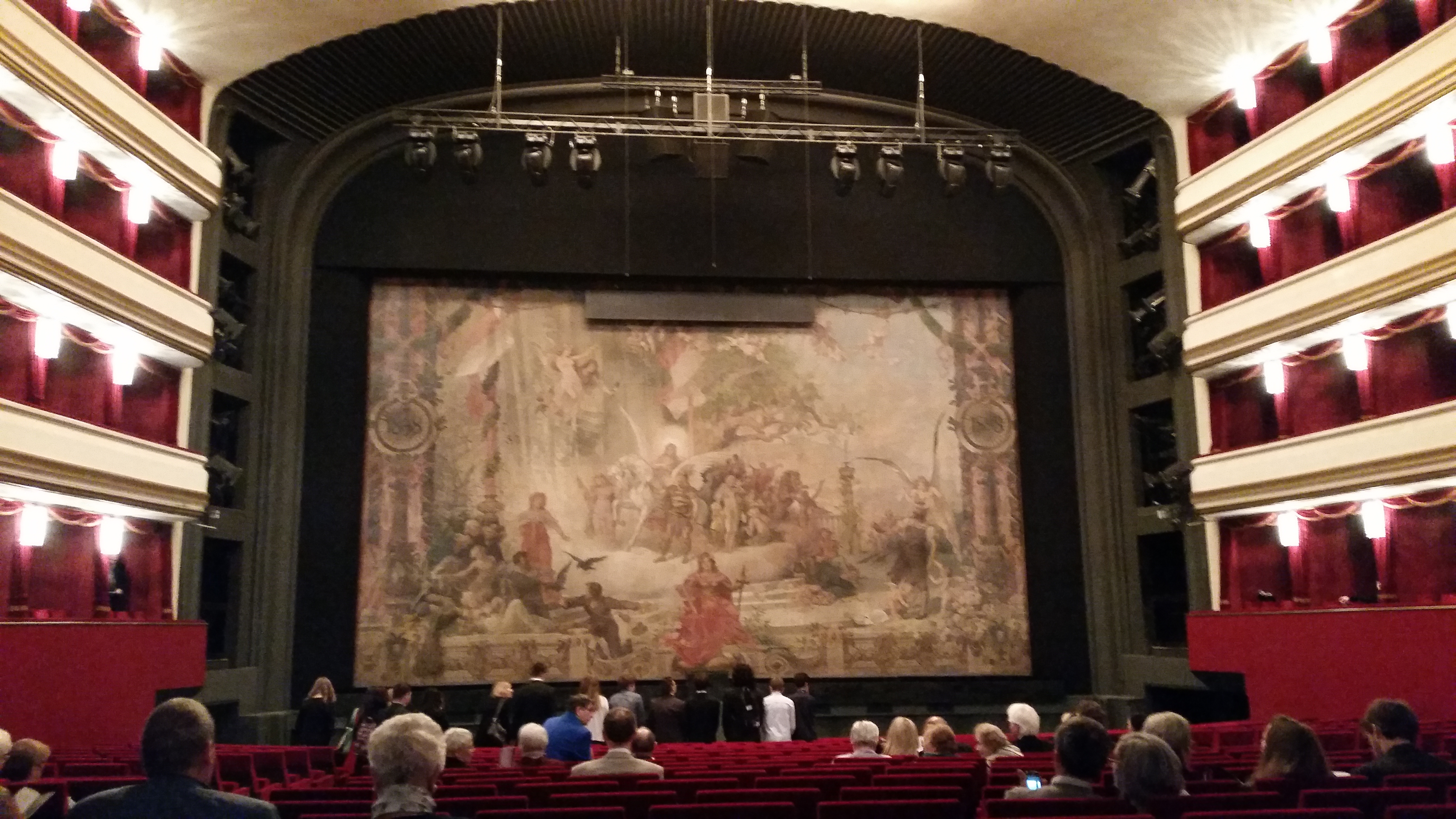 The title is a pun, as you will soon come to see.

Coming to Vienna has always been a great dream of mine, as it is for any lover of classical music. So when I looked through the concert listings at Vienna and saw Turandot, Puccini’s famous opera from which comes Nessun Dorma, pop up on a weekend during which I would be free, I booked my tickets instantly.

And so Friday morning I bumble out of bed, having not yet realized a miscalculation. I ended up getting on the subway to get to a stop to transfer to the airport at 1012, for a flight that flew at 1105. A close call it was, but I arrived at the gate at 1047, right when they began their final boarding. I was so late I couldn’t even check in via computer anymore, as the boarding process had already started by then.

Such was the story of how I got to Vienna Friday afternoon. Frustratingly, Vienna is in the time zone as France despite sunsets a full hour earlier, and so even though I landed at 1600 I couldn’t see any attractions anymore. So I decided to poke my head out at a few stops of note before heading over to my hostel. In my infinite ability to fail to research adequately, Leonidas Kavakos was playing the Sibelius violin concerto with the Vienna Philharmonic that evening, and as I later found out tickets weren’t even sold out. So as I sat in my room doing homework I’d brought along, lamenting the lack of things to do at night, a concert I’d have killed to attend took place.

The next day I figured I’d take a relaxing schedule, to make sure I wouldn’t be too tired for my concert that night. My first stop was Zentralfriedhof, the central Cemetery of Vienna. It’s the second largest cemetery by area in Europe and the largest by capacity, and was allocated back when the Austria-Hungary empire was at its greatest heights and the burgeoning population was predicted only to continue to grow instead of shrink to one-eighth of its prior size, the sad consequence of the first World War. Here lie buried a large portion of the music world’s greats, such as Beethoven, Brahms, Schubert, Strauss, Schoenberg and even a non-musical genius, Ludwig Boltzmann. An honorary tombstone for Mozart is also present, as he was buried in a mass grave nearby (which I also visited) per his request.

Here is where the fun starts. On the way there, I managed to fail to open the door, which apparently needs a nice smash sideways on the handle. I found this out at the next stop, and since the trains run once every half hour… I set myself back half an hour there. Then on the way back the train left before my very eyes as I walked into the station… Such gimmicks meant I was down the entire morning from just the cemetery.

I chose to spend the afternoon just walking around the downtown area, hitting the almost essential St. Steven’ Cathedral and a few other little places before I headed home at 1530 to change and get ready for my 1800 concert, since Google Maps had given me a route with a one hour travel time, and I wanted to be there by about 1715 to pick up my ticket and get situated.

Google Maps is infallible in providing a functional path, but somehow it ignored a metro line that ran straight to the venue (I mean, the name of the stop is even Volksoper), something I didn’t discover until the way home. Instead I walked 1.8 km in a light drizzle in a suit and fancy shoes (which I’d brought with me, in a backpack!).

In the end though, the concert was everything I needed it to be. The singers had power, the accompanying orchestra had warmth, the venue had good acoustics, and I had no sleepiness. I only perhaps wish they had an English program or English subtitles, but opera needn’t be watched for the libretto. I’d actually read the Wikipedia summary before coming and so I followed the majority of the plot! A highlight of my Vienna trip and one to be of my entire Europe trip!

The next day was also a lazy start, and here again I made a mistake. I’d realized I’d missed a composer at the Zentralfriedhof, and I ultimately decided to go back and look for his grave. However, he isn’t particularly famous, and his grave isn’t labelled on the map (nor is he in the cluster or composers), and I somehow failed to think of this when I headed off. The result was a full hour, transport included, wasted without finding him. This put a sour note on the rest of the day.

I then went to the Hofburg palace, or so I thought. In reality, as I later found out, I missed the bulk of the palace, the actually noteworthy part and the only part I was prepared to pay to enter. Instead I turned back early and headed over to the Beldevere palace, which housed beautiful, FREE gardens. Very important for me.Then, after a brief stint on the Ferris Wheel (one of those “You have to try it and then you’ll complain” things) I headed over to the Schonbrunn Palace, what I believe was the summer residence of the Hofsburgs. I also did not go in here, but I got again to see the gardens, which apparently rival Versailles’. See for yourself!

Basically, my trip to Vienna was heavily marred by the time I wasted at Zentralfriedhof (not that Zentralfriedhof was a waste of time, not even close, but I lost a lot of unnecessary time there). If I could do this again, I’d go to more concerts and spend more time at the palaces, which really reflect what Vienna’s role in the Austrian-Hungary empire was.