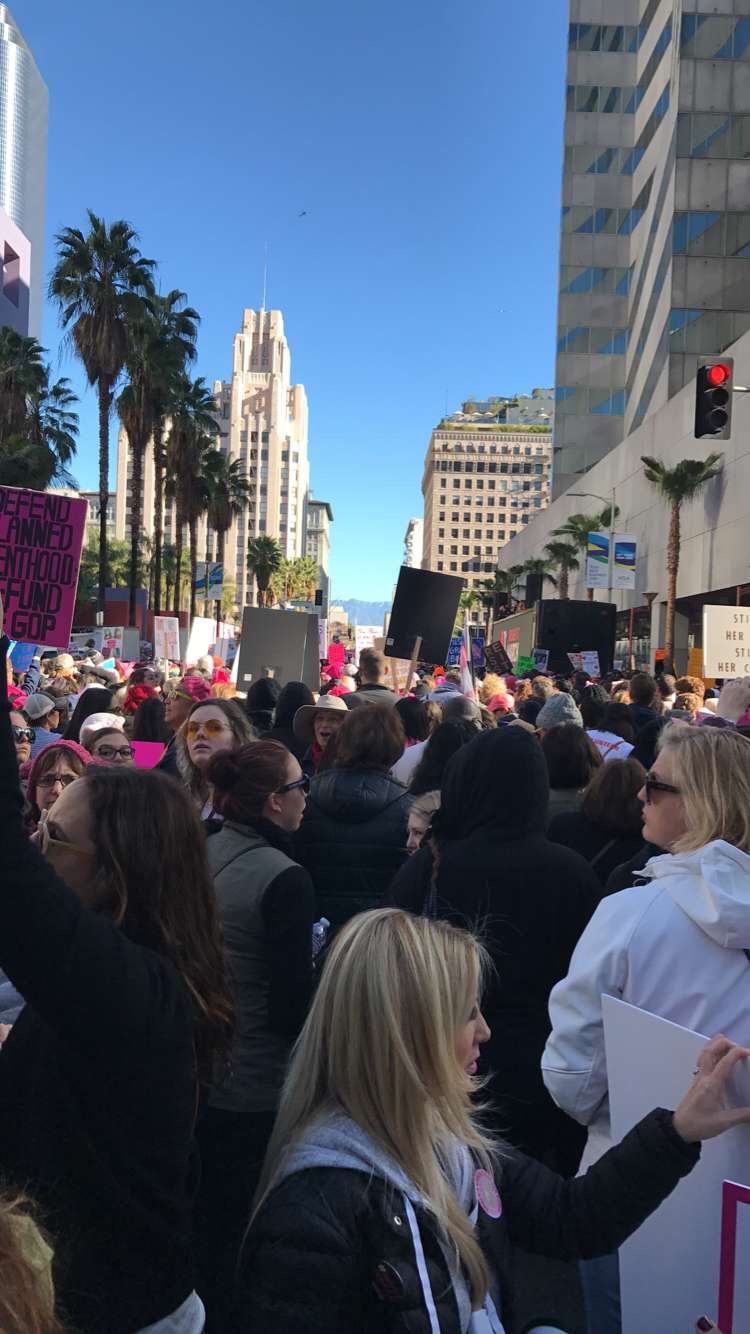 On Saturday, 1/21, I attended the Women’s March in downtown LA. Well, me and 750,000 other people! I traveled there with a large group of graduate students (and some undergrads) and tagged along with a group of three Blacker Moles (as no one else in my House attended the march). It was an incredible experience, best summarized with photos:

The crowds were incredible. There was only positive energy, although anger and frustration at not being respected by our representation in government had fueled everyone to attend the march, once we had all arrived, the overall feeling was of hope for the future and determination to make positive change. We were able to attend the rally in Pershing Square at the beginning of the event (and somehow were able to stand close enough to the stage to hear the speakers, who were City Council members and leaders of human rights groups from the LA area), who spoke about using our power as a group to enact civil protections for the female, LGBTQIA, immigrant, and disabled communities. We then marched to City Hall, although there were so many people at the event that the crowds actually reached from Pershing Square all the way down the one mile route to City Hall that we had to overflow onto four parallel streets in order to march North! By the time my small group had arrived at City Hall, it was too difficult to get close enough to the stage to hear any of the speakers at the second rally, so we stayed put in the crowd and absorbed the feeling of being surrounded by nearly a million women and allies who were standing up for their rights and the rights of others. It was truly mindblowing how many people were there.

Did you attend a Women’s March on January 21st? I’d love to hear about it! Let me know in the comments :)