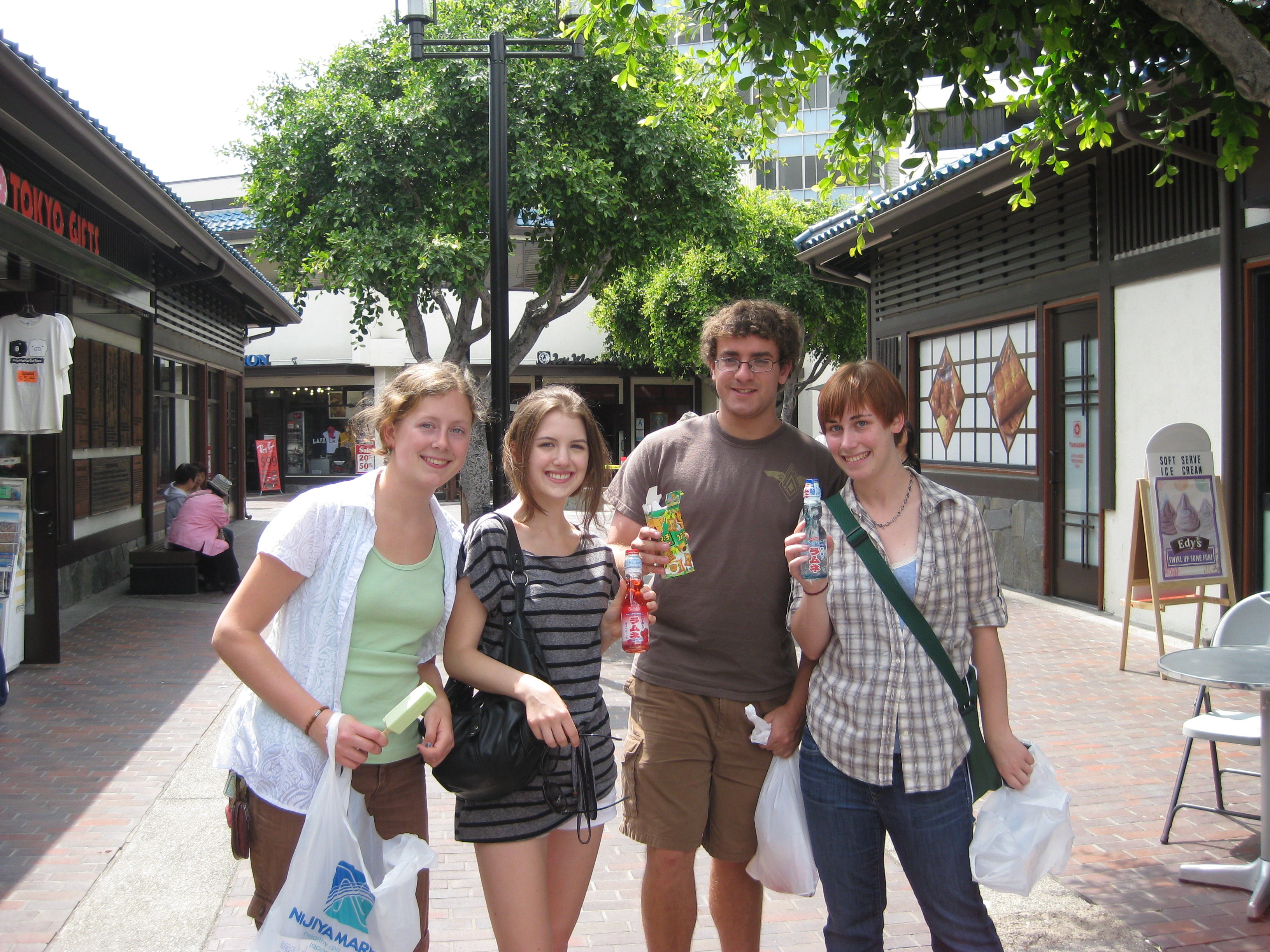 Begin my blog by welcoming you to Tokyo, and I’ll begin mine by welcoming you to Little Tokyo in downtown Los Angeles! My friends Kenzie, Elisa, Ben and I celebrated the end of our sophomore year (and my 20th birthday!) by exploring Little Tokyo and singing karaoke. Little Tokyo is surprisingly close to Pasadena—only about 11 stops on the Metro Gold Line. The nearest Gold Line stop to campus is about a 20-minute walk, so it’s very accessible. Here we are with our super cool Japanese snacks before heading to the karaoke studio. All four of us started our SURFs a few days after this. Kenzie and Elisa are doing off-campus research at the University of Washington and MIT, conducting geology and biomedical research, respectively.

Ben and I are staying at Caltech. Ben’s partying it up doing theoretical computer science (investigating explicit constructions of tensors!) and I’m working on a natural language processing project in…

the Powell-Booth Laboratory for Computational Science! I have an office on the second floor that I share with three other SURF students.

Andre is going to be a senior at Caltech; some of the matrix computations he is doing are on the whiteboard behind him.

Stephanie is in my class and is a mechanical engineering major. She and Andre are both working in materials science.

Andy is visiting from Stanford and is designing an algorithm for decomposing large matrices.

The hallways in Powell-Booth look like those of a typical, pretty modern building. However, if you venture far enough, you’ll find a huge room full of supercomputers: the heart of the Center for Advanced Computing Research. Fifteen years ago, this room housed the Intel Touchstone Delta, which at the time was the fastest, most powerful computer in the world. When I saw the computers currently in the basement of Powell-Booth I was reminded of a scene from the movie Angels and Demons…incidentally, one of the main projects these computers are used for is the processing of data from the Large Hadron Collider at CERN in Switzerland.

</o:p> …and there’s the Play Station logo. I’m not going to be using any of these computers during my SURF, but Andy might run some of his code on one of them.

My next post will have fewer computers and more food…see you then! –Laura