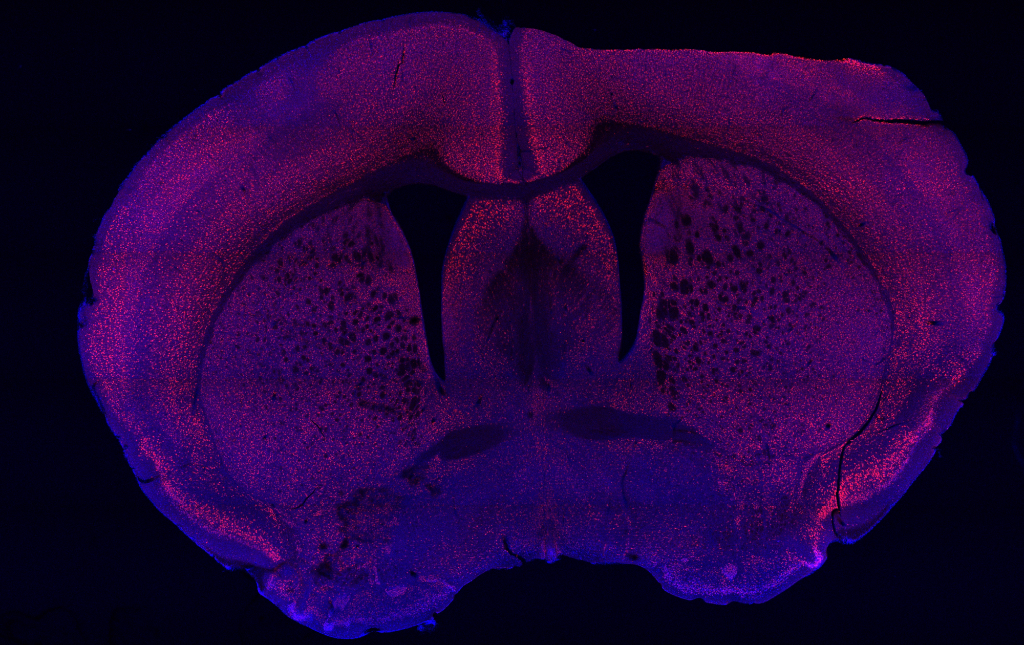 Wrapping up in Lab

This past term, I’ve been working in the Mazmanian Lab, which studies the relationship between the brain and the bacteria in the gut. Previously, members of the lab have discovered links between the intestinal microbiota and disorders such as Parkinson’s and Autism. Before coming to Caltech, this was a topic I had never heard about, so it was really exciting to be able to work on such novel research.

My mentor Wei-Li taught me brain immunohistochemistry, which means selectively imaging for certain proteins in the brain by using antibodies.After a few weeks of observing, training, and helping out here and there, I got my own project! The goal of the project was to determine whether vasopressin expression levels are different in the brains of germ-free (GF) and normal mice. Germ-free mice are mice that grow up completely isolated from the outside world in sterile chambers. It’s been shown that GF mice tend to present with more autistic behaviors, are more anxious in social situations, and also are more prone to gastrointestinal diseases. Vasopressin and oxytocin are two chemicals closely related to social behavior, so we wanted to see if the proteins were differentially expressed in the two groups of mice.

Here’s an example of what a section looks like after staining and imaging:

My first image! This one is a bit slanted and has a bit of damage (oops), but I got much better, I promise :) This particular image has the cell nuclei and DNA in the brain labelled. When working on my project, I stained for vasopressin in addition to these markers and took close-up images of certain brain regions for data analysis.It was really exciting to learn and go through all the steps of the process myself and then seeing the results. At the end of the year, my postdoc treated us and our guests to Peking duck and other delicacies! It was my first time having Peking duck <3 I was also gifted with a small brush, the kind that I used to mount sections on slides, as a sign that my training had been successfully completed! I'm sad to be leaving lab for the summer, but I'm also looking forward to starting my internship at Facebook. On to a new and entirely different experience!
Dinner at Duck House in Monterey Park