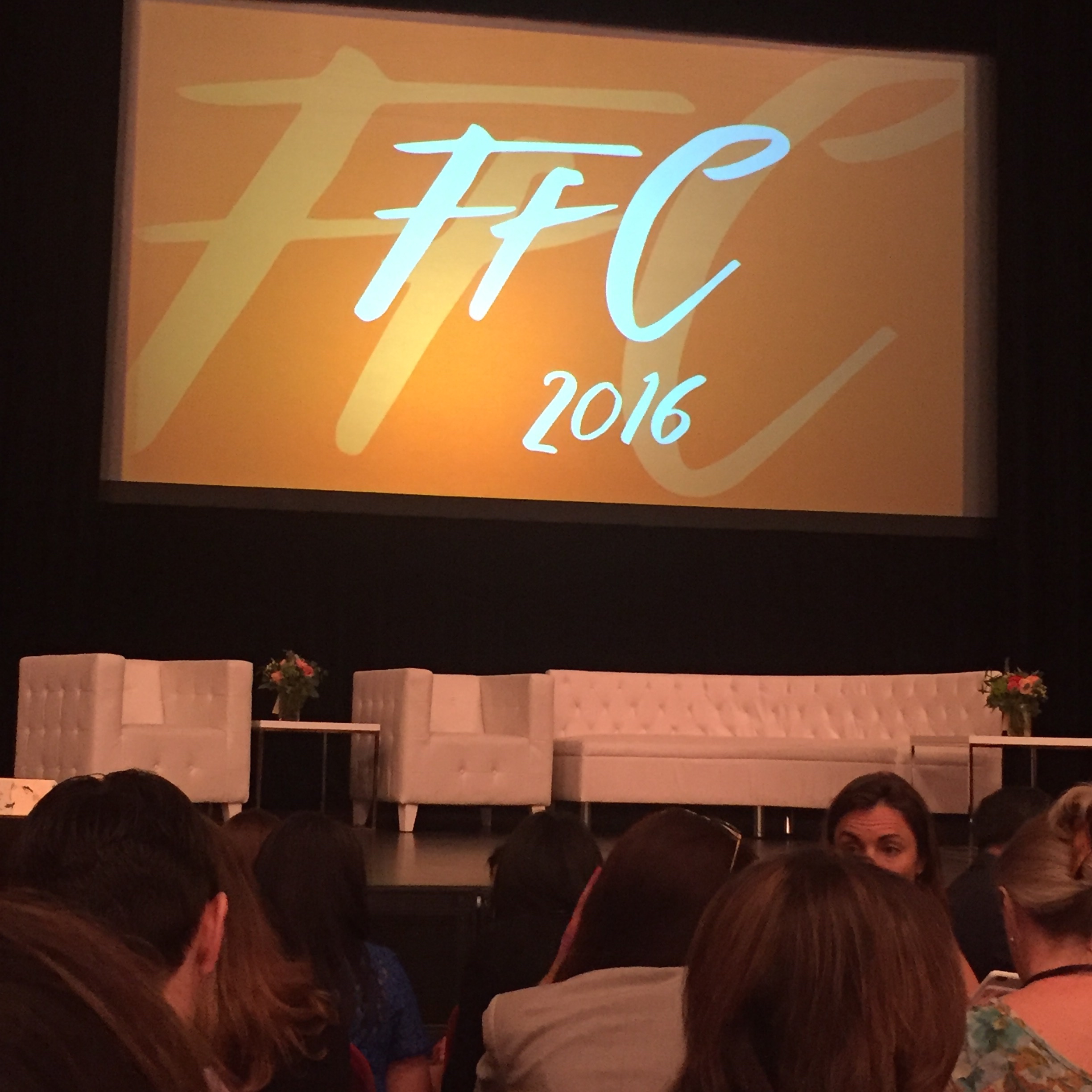 A few weeks ago I was lucky enough to attend Y Combinator’s Female Founders Conference, a daylong event in San Francisco for female founders of startups (and anyone else who is interested in the field). I had heard about the event a few months previously, in the Ladies Storm Hackathons Facebook group, and had totally forgotten that I had applied for an invitation to attend until I got an email in early March that I had been invited. I booked my plane tickets (turns out there is no convenient public transportation option to get from LA to SF), and flew up Monday morning and flew back down Monday night.

The conference was held in Hurbst Theater, across the street from City Hall. The venue was large enough to hold the hundreds (thousands?) of women that attended the conference, but just barely! I started the morning, after I touched down in SF, with a networking breakfast at a cafe around the corner from the venue. I met a handful of women, all of whom had recently started their own companies (and all of whom were at least a couple of years older than me, so I started feeling a little out of place, having also been company-less, which is a very silly thing to admit). I ended up grabbing lunch with three women, two of whom had recently started their own companies in Texas, and one of whom had a company in the Bay Area. This woman turned out to be Gayle Laakman McDowell, author of Cracking the Coding Interview, a book I and every other college student trying to get a software engineering internship has read and studied. That was one of the highlights of the conference for me; meeting an expert in a field I was familiar with, and getting a ton of advice about starting my engineering career (and running a software company as a young woman)was invaluable. After lunch, we headed to the venue for the beginning of the conference.

The keynote address was given by Jessica Livingston, one of the founding partners of Y Combinator, the business accelerator based in San Fransisco, that was hosting the conference. In fact, every speaker at the conference was either a partner with Y Combinator (one of the advisors and investors that the accelerator is associated with, who help out the accelerator’s startups) or a founder of a YC company (a company that YC had invested in and helped grow). By the end of all of the talks, the conference felt somewhat like a commercial for how great YC is at supporting female-led companies, but I did take a lot away from the day, so I won’t hold that against them!

There were some incredible speakers, and some great panel discussions on raising funding, on running a more established business, and on being persistent in the face of failure. You can watch video of all of the day’s talks here.

The day ended with a networking event on the second floor of the theater,in a ballroom with a fantastic view of downtown SF. I ended up speaking to dozens of female founders about their visions, their struggles, and their dreams for their companies. I took a few incredible things away from the conference but the first two are the most important:

Attending this conference was a great experience, and one I hope will continue to inspire me as I finish my time at Caltech and look to what comes next!